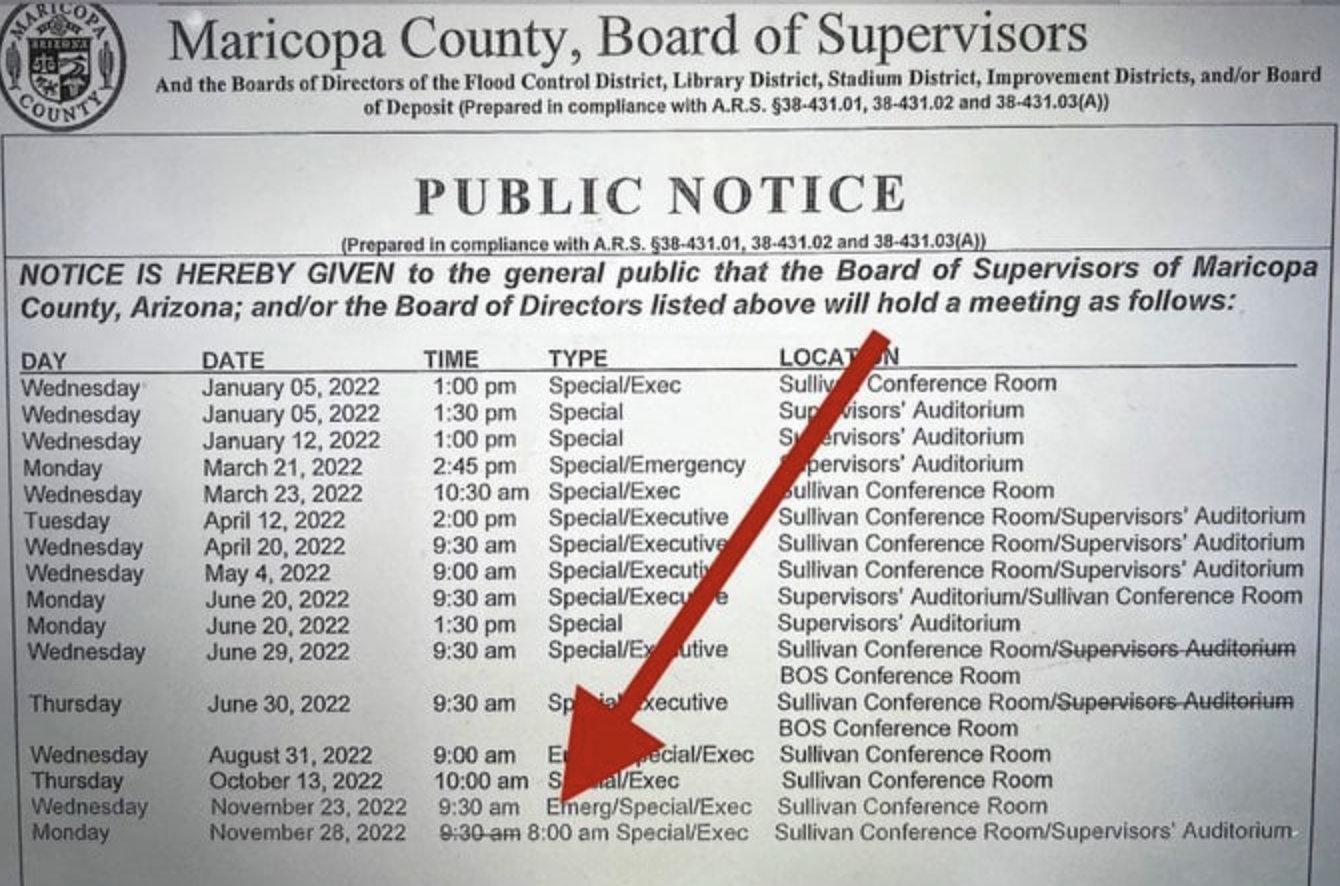 Katie Hobbs did not campaign, did not have a major following, did not hold rallies, and refused to debate.

Hobbs was able to win the election after she somehow won over 50% of the post-election ballots despite Democrats having only a 17% turnout on election day.

It was a miracle win for Hobbs and her fellow Democrats!

Over 25% to 30% of the tabulators were not working on Election Day when Republicans had at least 72% of the turnout.

If America had a legitimate Department of Justice they would have been in Arizona and the election would already have been disqualified.

They did this in Germany just last week.

The Maricopa County election officials were served with a subpoena to provide election records by 9:30 AM on Monday.

So Maricopa County officials moved their planned 9:30 AM meeting to 8:00 AM on Monday.

They don’t even hide their deceit and fraud. They really don’t care.

Republicans believed they were dealing with honest Americans. Once again, they were fooled.