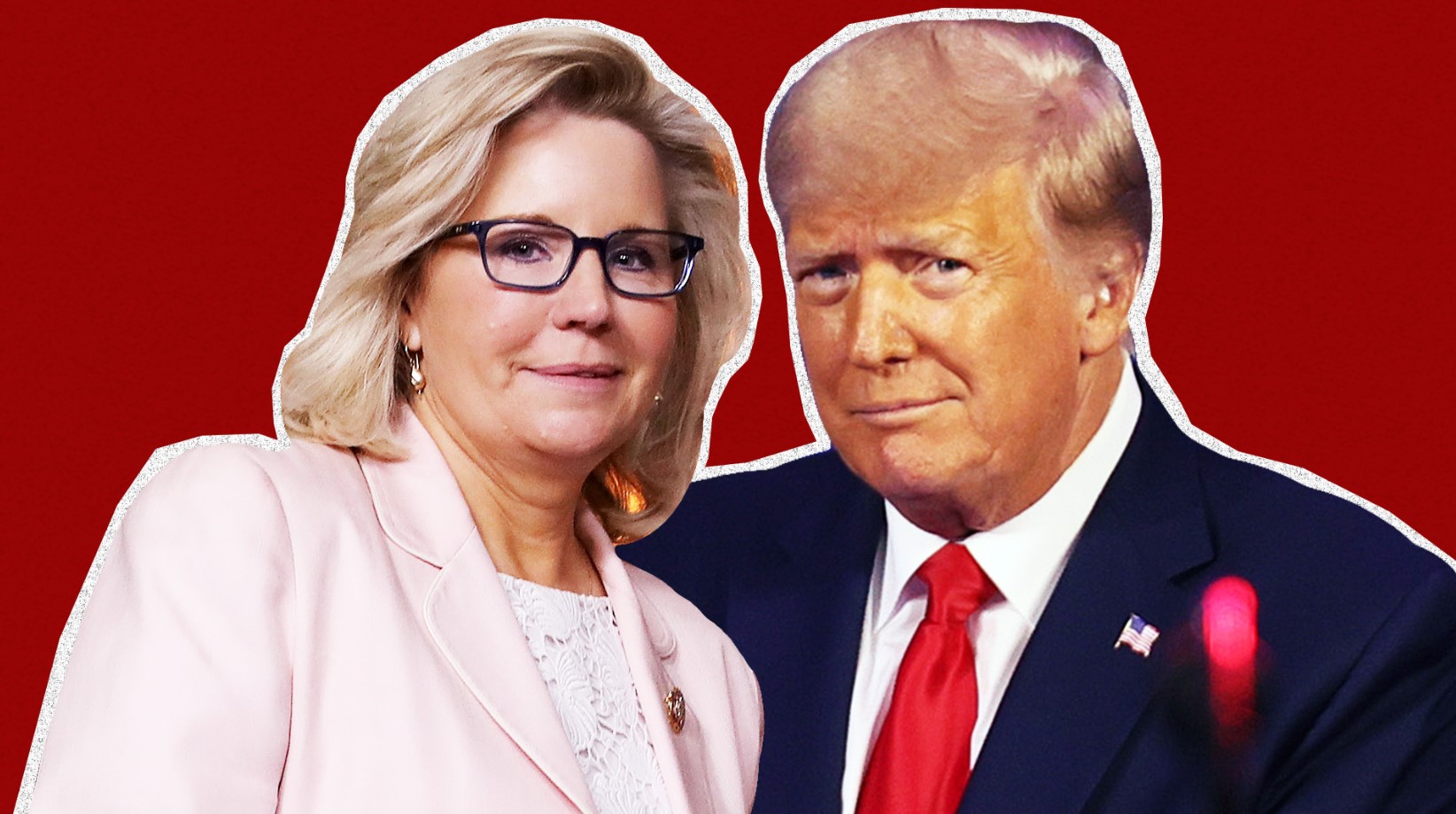 This lady is certifiable crazy.  What did her Daddy Dick do to her?

Liz Cheney is considering running for President “to protect the nation from Donald Trump”.   Of course, Cheney won’t refer to President Trump with his title.  That would be too difficult.

Cheney, is the spoiled child of another politician, Dick Cheney.  Dick was in politics for years and still may be.  He was President GW Bush’s Vice President.

Liz was raised to the top of the Republican party by former Speaker and Trump hater Paul Ryan.  Ryan was VP hopeful for another spoiled child of a politician, Mitt Romney.  Romney’s father was governor of Michigan.

Cheney and Romney hate President Trump and always will.  He is their threat.  They see the Republican Party as theirs and President Trump as their enemy.  Romney shared this in an interview over the weekend as well.

Liz Cheney, who’s totally biased and hateful, is running the unconstitutional and arguably criminal investigation in the House, that ignores the 2020 Election crimes while making up crimes against protesters of the stolen 2020 Election.  Liz is currently on the speaker circuit in DC until they use her up and she goes by the wayside.

Cheney was on ‘This Is Weak’ on ABC where she shared that she hadn’t decided if she was going to run for President in 2024 yet.  (What a joke.)

Cheney also sees her mission as destroying President Trump and the country’s biggest political base in history that voted for him.  Cheney is angry and she wants the Republican Party the insignificant puddle of politicians that it is.  She apparently likes watching communist lefties destroy the country in every way possible.

Liz Cheney wouldn’t even get Dick’s vote in a run for the President in 2024.

Judge Gives Go-Ahead to Dominion to Sue FOX, OAN Despite Recent Report that Identifies Massive System Vulnerabilities in Dominion Systems That May Have Been Previously Exploited