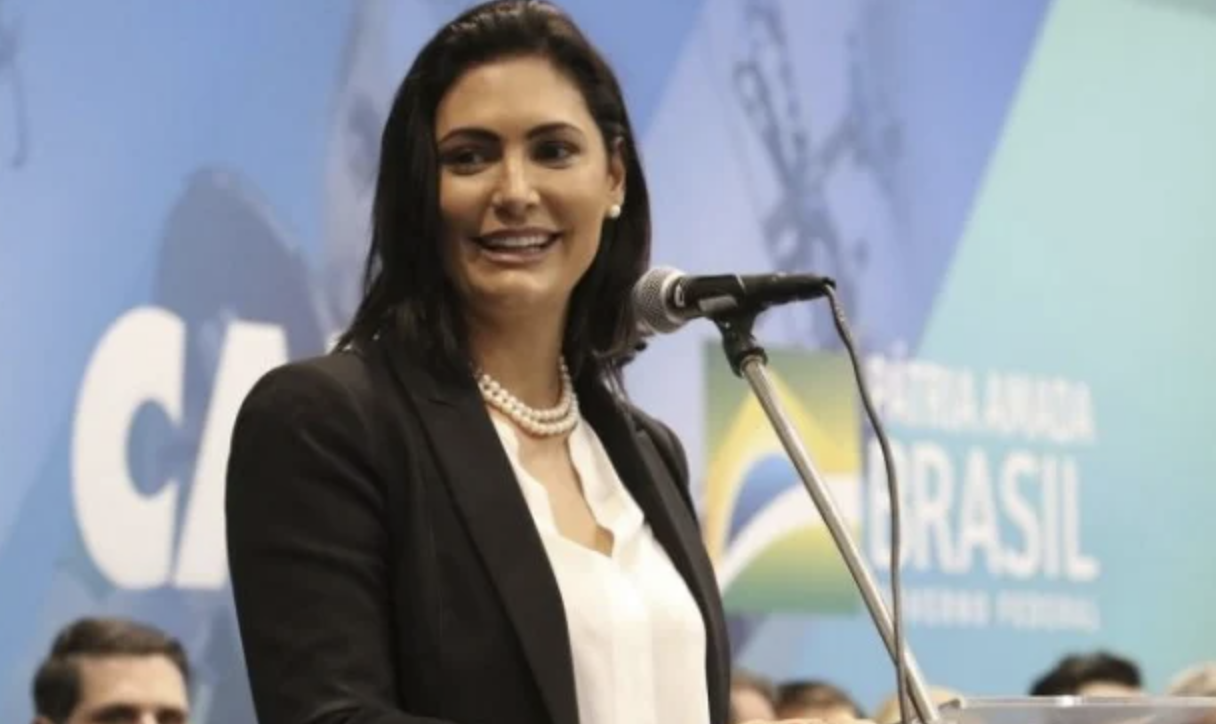 The Communists trying to steal an election and take over the county of Brazil are now threatening to arrest beautiful First Lady Michelle Bolsonaro for serving meals to protestors.

Leftist Senator Randolfe Rodigues called for the arrest of beautiful First Lady Michelle Bolsonaro for the crime of serving meals to protestors.

The crazy Communist called serving meals to supporters “political support for undemocratic acts” and “material support” that indicates “the authoritarians are supported by the current inhabitants of the Palace themselves.”

President Jair Bolsonaro said in a written statement Tuesday that “Brazil always has faith in the impeccable performance of its Armed Forces in defense of our homeland and of the freedom of the Brazilian people”. Bolsonaro attended the Sailor’s Day military ceremony on Tuesday. It is still not clear whether the military will act to defend Brazilian democracy from the egregious election fraud of Oct. 30. At least the Fedsurrection seems to have backfired, thanks to social media and the peaceful patience of Bolsonaristas, many of whom prefer to express themselves in Christian prayer.

“If You Got Me Into That, You’d Probably Have a Nice Video of Me Crying” – Exclusive: Rudy Giuliani on Ukraine, the Bidens, and the Politicized DOJ with TGP’s Jim and Joe Hoft (Video)