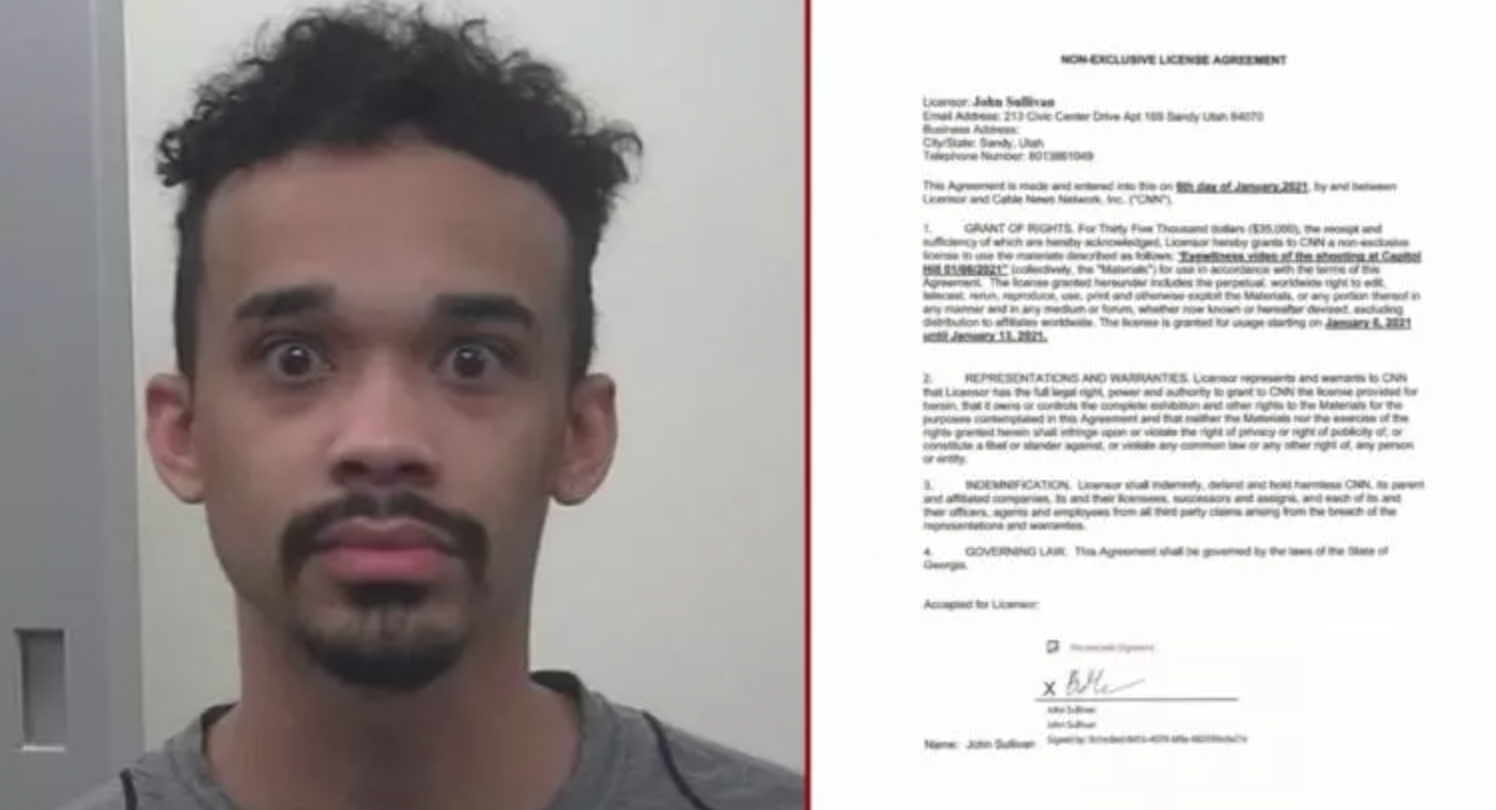 The radical Antifa/BLM agitator who infiltrated the Capitol Riots and was charged for his role in provoking criminal acts was paid off by CNN.

“John Sullivan, charged for his participation in the Jan. 6 riots, was paid $35,000 apiece from CNN and NBC for his footage inside the Capitol,” Kyle Cheney reported.

Politico reported that Sullivan, who had captured the death of pro-Trump demonstrator Ashli Babbitt on video after what appeared to be a staged event, and then uploaded the video and several others incriminating himself, would not be banned from social media usage.

A federal magistrate judge has turned down prosecutors’ effort to block a man accused of participating in the Capitol riot from using Twitter and Facebook, but ordered him to end his involvement with a business he founded that the Justice Department says promotes and glorifies violent protests.

The defendant, John Sullivan of Utah, has maintained that he attends raucous demonstrations as a journalist, sharing videos through his Insurgence USA website and social media platforms. Sullivan’s defense attorney even filed invoices with the court showing that CNN and NBC each paid Sullivan’s firm $35,000 last month for rights to video he filmed of chaotic scenes outside and inside the Capitol, including the deadly shooting of protester Ashli Babbitt by a U.S. Capitol Police officer.

CNN went beyond merely ignoring a BLM/Antifa sympathizer’s role in inciting the mob. The network invited him on as a mouthpiece.

Now, we have the receipts via Kyle Cheney:

Let me say as someone who has worked for a top cable news show, these bookings do not happen without a basic background check. CNN had to have known.

2/ To make this clear. CNN was embedded with BLM/Antifa pretending to be Trump supporters videoing them incite a riot. This is freaking huge. If CNN is allowed to maintain its press access anywhere in DC there needs to be a serious overhaul of our entire system.— @amuse (@amuse) January 15, 2021

The Politico report also highlights the role that Sullivan played in agitating the mob:

However, prosecutors contend that Sullivan is not a mere bystander or chronicler of protests. Instead, they say, he actively encourages violence, telling viewers how to make Molotov cocktails and evade identification by police. He was arrested last month on charges stemming from the Jan. 6 riot, including interfering with police during a civil disorder. Sullivan was later hit with an additional charge: obstruction of Congress.

John Earle Sullivan, a radical self-described “revolutionary” who literally founded a group called “Insurgence USA,” was arrested and charged in January for his role in helping to incite a riot amid the heavy pro-Trump crowd that had gathered at the U.S. Capitol

Why Did the DOJ Lie About the Paul Pelosi Attack?  

Democrats Are Overplaying Their Hand