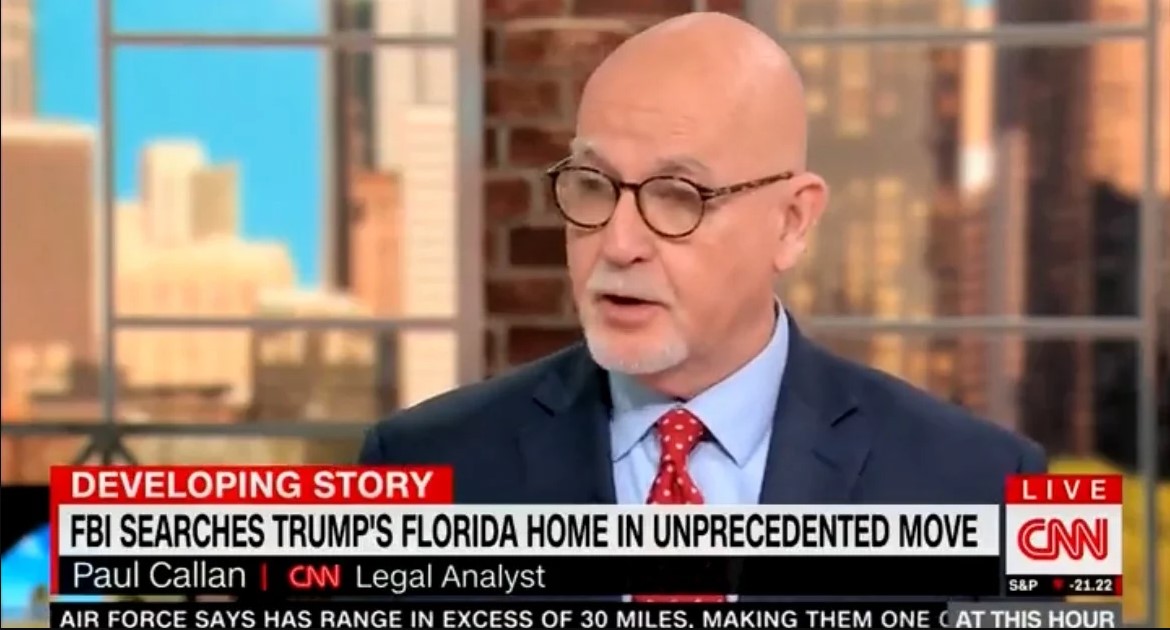 You know it’s bad when even CNN is admitting the FBI raid of Mar-a-Lago was not warranted.

Trump was not at his Mar-a-Lago residence at the time of the raid on Monday.

A machine gun-toting agent camped out in front of Trump’s compound as agents raided the residence.

“These are dark times for our Nation, as my beautiful home, Mar-A-Lago in Palm Beach, Florida, is currently under siege, raided, and occupied by a large group of FBI agents. Nothing like this has ever happened to a President of the United States before.” Trump said in a statement on Monday.

According to the Associated Press, FBI agents were looking for classified documents that Trump may have taken from the White House while he was president.

Every recent presidential administration has had some Presidential Records Act violations, but the FBI has never conducted a raid like this.

Even far-left CNN commentators know Monday’s raid was nothing more than a third world intimidation tactic.

“If this becomes a presidential records act violation, not more, do you think it is enough to warrant all of this?” CNN’s Kate Bolduan asked legal analyst Paul Callan.

“No, it’s not enough to warrant all of this and this is a daring and dangerous move by the Department of Justice to serve a warrant on a former president,” Paul Callan said.

Judge Bruce E. Reinhart from the Southern District of Florida reportedly signed off on the warrant to raid President Trump’s home at Mar-a-Lago on Monday night.

Reinhart previously represented several of Jeffrey Epstein’s employees in connection with the sex trafficking probe against the convicted pedophile.

Constitutional law expert Jonathan Turley also argued on Tuesday that the Presidential Records Act is not a heavily enforced law and is rarely used for criminal prosecution.

“You had the Sandy Berger case where you had the former National Security Advisor who removed material in his socks – it was clearly intentional – he dropped it at a spot where he could recover it later,” Turley said.

“And Berger didn’t serve any jail. He didn’t even have his clearance permanently removed. He was allowed to plea to a misdemeanor,” he added.

White House Claims It Was Blindsided by FBI Raid on Trump’s Mar-a-Lago: Reports