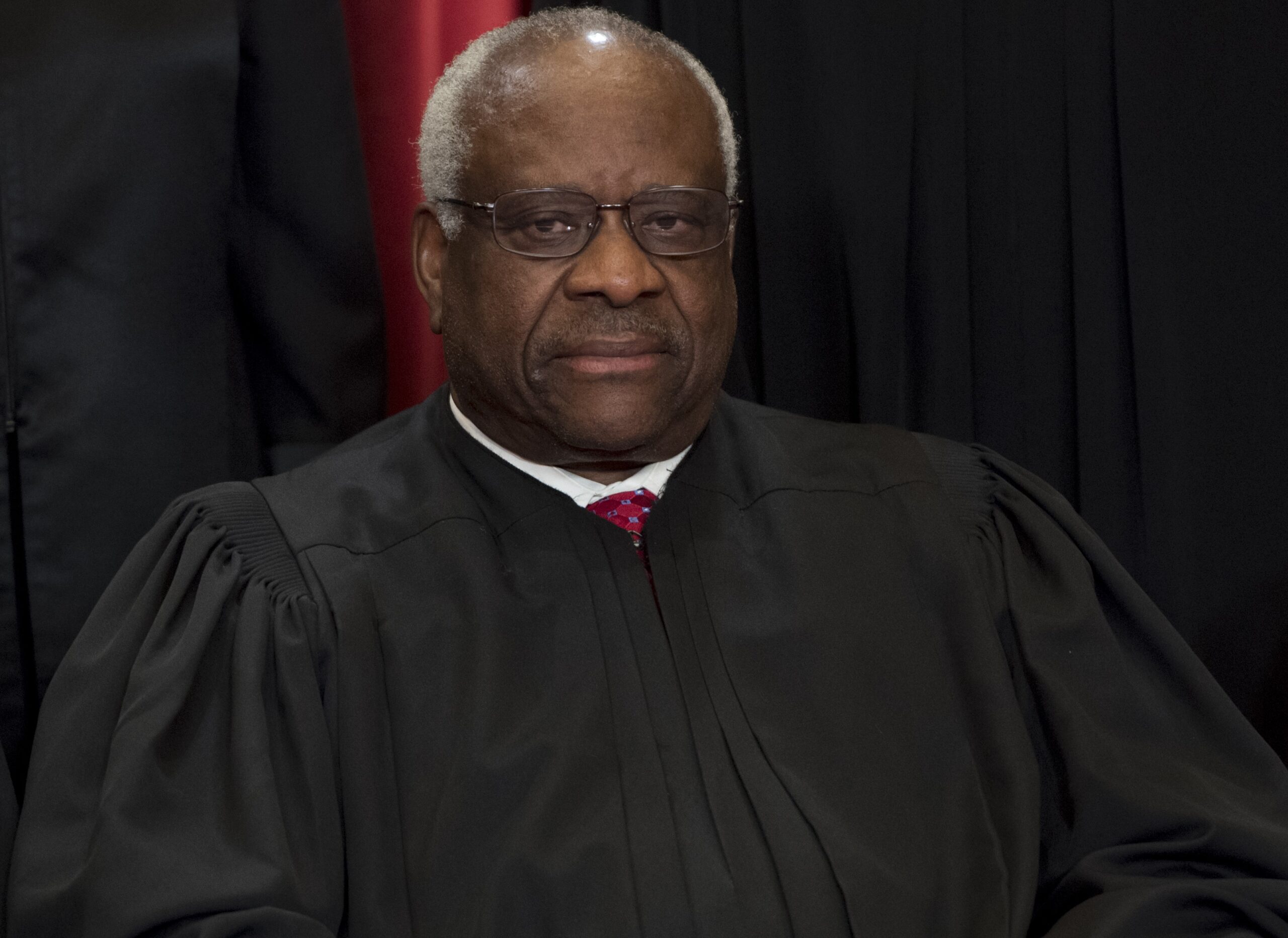 Clarence Thomas mentions Griswold, Lawrence, and Obergefell as examples of rulings that could be reconsidered

Thomas, who voted with the majority to overturn the landmark abortion case, made his feelings known in a separate concurring opinion.

The Thomas opinion drew comparisons between abortion and several other political issues that have been addressed by the Supreme Court in recent years.

Griswold v. Connecticut was a landmark 1965 case which ruled the use of contraception between two married individuals was a matter of privacy and constitutionally protected.

Lawrence v. Texas in 2003 dealt with homosexual sex between consenting parties, and Obergefell v. Hodges treaded the same territory in 2015 to rule gay marriage as a constitutionally protected right to privacy.

Thomas speculated that the overturning of Roe would provide a blueprint for revisiting years’ worth of decisions that he says are “demonstrably erroneous.”

“After overruling these demonstrably erroneous decisions, the question would remain whether other constitutional provisions guarantee the myriad rights that our substantive due process cases have generated,” Thomas wrote.

Both the New York Times and Washington Post published opinion columns on Wednesday warning about the conservative movement’s “ugly uprising” against LGBTQ rights.

The Washington Post’s Alyssa Rosenberg feared that conservatives were looking to erase the “more tolerant future” for LGBTQ people in America, while The New York Times’s Charles M. Blow claimed the right was forcing LGBTQ folks into “cultural gay ghettos.”