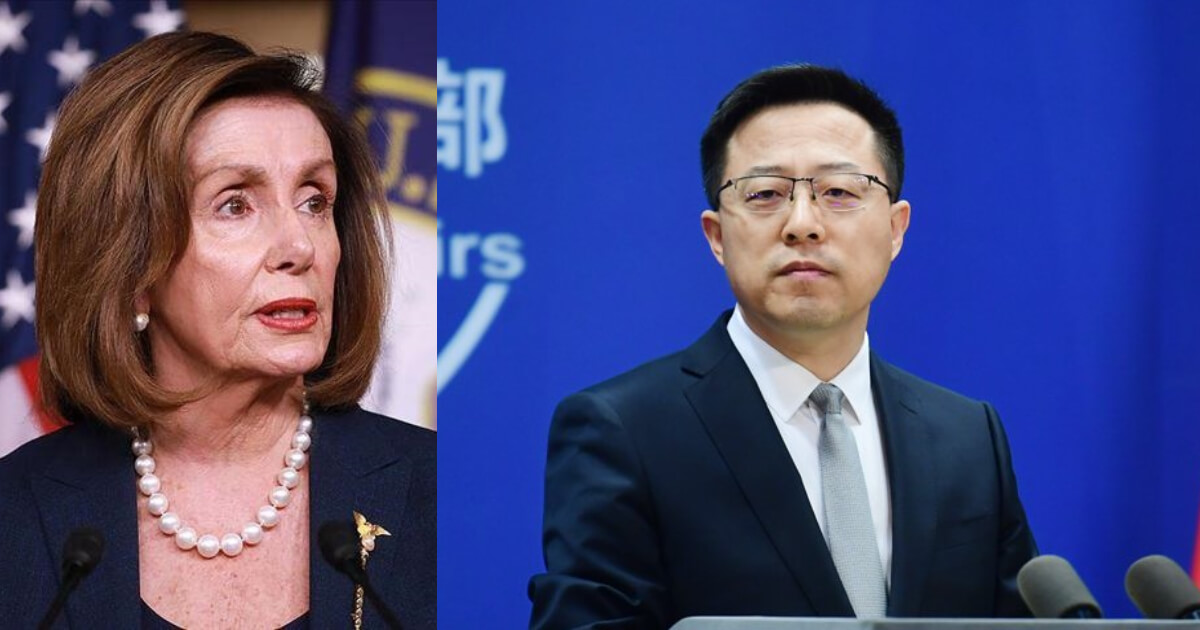 The Chinese government has reacted angrily to news that House Speaker Nancy Pelosi (D-Calif.) will be traveling to Taiwan next month.

According to a report in the Financial Times, Pelosi’s stopover in Taiwan will come as part of a regional trip in Asia that includes visits to Indonesia, Malaysia, and Singapore, Reuters noted.

“If the U.S. side obstinately clings to this course, China will definitely take resolute and forceful measures to firmly defend its national sovereignty and territorial integrity,” Chinese Foreign Ministry spokesman Zhao Lijian said in response.

“The United States must be fully responsible for all the consequences caused by this,” he said.

The Speaker’s visit to Taiwan would cause “grave harm to China’s sovereignty and territorial integrity” he continued, according to The Washington Post, while it would also “seriously impact the political foundations of China-U.S. relations.”

Apparently, the Biden administration has expressed concerns about Pelosi’s trip, which would take place around the same time that China will be observing the Aug. 1 anniversary of the founding of the People’s Liberation Army.

The announced trip also comes a day after Beijing asked Washington to cancel $108 million in military-technical assistance to the island democracy.

“Some people in the U.S. try to suppress China on all fronts. If you want confrontation, we will fight to the end,” Wei said. “If someone forces a war on China, the military will not flinch.”

“The People’s Liberation Army has fought many powerful adversaries and won many victories. We do not provoke trouble, but we will not flinch in the face of provocation. We will not bully others, but we will not allow others to bully us,” he said.

It’s not clear what battles and victories he is talking about, as the country has not fought major battles since its bloody, and costly, three-week war with Vietnam in 1979.

Wei then turned his attention to the United States.

“China will not be the bully. We are all clear-eyed who is the bully. Let me be clear: If anyone dares to secede Taiwan from China, we will not hesitate to fight. We will fight at all costs, and we will fight to the very end,” he vowed.

He also said the world needs to get used to China playing a commanding, if not dominating, role.

“China’s development is a historical trend. It is neither possible nor sensible to try to stop it,” he said.