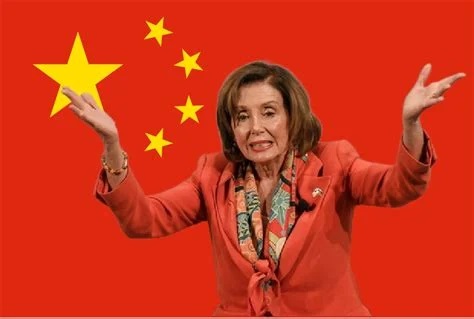 A Chinese Communist Party propagandist on Friday said House Speaker Nancy Pelosi’s plane may be shot down if she makes a stop in Taiwan.

Pelosi on Friday departed for Asia, however a stop in Taiwan is still uncertain due to China’s threats.

House Speaker Nancy Pelosi plans to depart Friday for a tour of Asia, though whether she stops in Taiwan remains uncertain, a person familiar with the plans said.

Pelosi’s trip includes stops in Japan, South Korea, Malaysia and Singapore — all US allies in the region.

But a drop-in to self-governing Taiwan was still only tentative as China issues warnings about the House speaker making a possible visit and US-China relations are at a low point.

Pelosi is bringing a delegation of fellow lawmakers on the visit. She has refused to answer reporters’ inquiries about her plans, saying on Wednesday in response to a question about a potential Taiwan visit, “I never talk about my travel. It’s a danger to me.”

The Chinese embassy to the United States has urged members of Congress to tell Pelosi not to make the trip, which was planned for April before Pelosi tested positive for Covid-19.

China has been warning the US not to let Pelosi visit Taiwan.

Chinse President Xi Jinping warned China puppet Joe Biden over Taiwan during a phone call this week: ‘Those who play with fire will perish by it.’

After humiliating Joe Biden, China is now threatening to shoot down Pelosi’s plane.

“If U.S. fighter jets escort Pelosi’s plane into Taiwan, it is invasion,” Hu Xijin, an analyst for the Chinese state-controlled Global Times propaganda outlet tweeted, according to the Free Beacon. “The PLA has the right to forcibly dispel Pelosi’s plane and the U.S. fighter jets, including firing warning shots and making tactical movement of obstruction. If ineffective, then shoot them down.”

Trump Warns Something Worse Than Recession is Coming