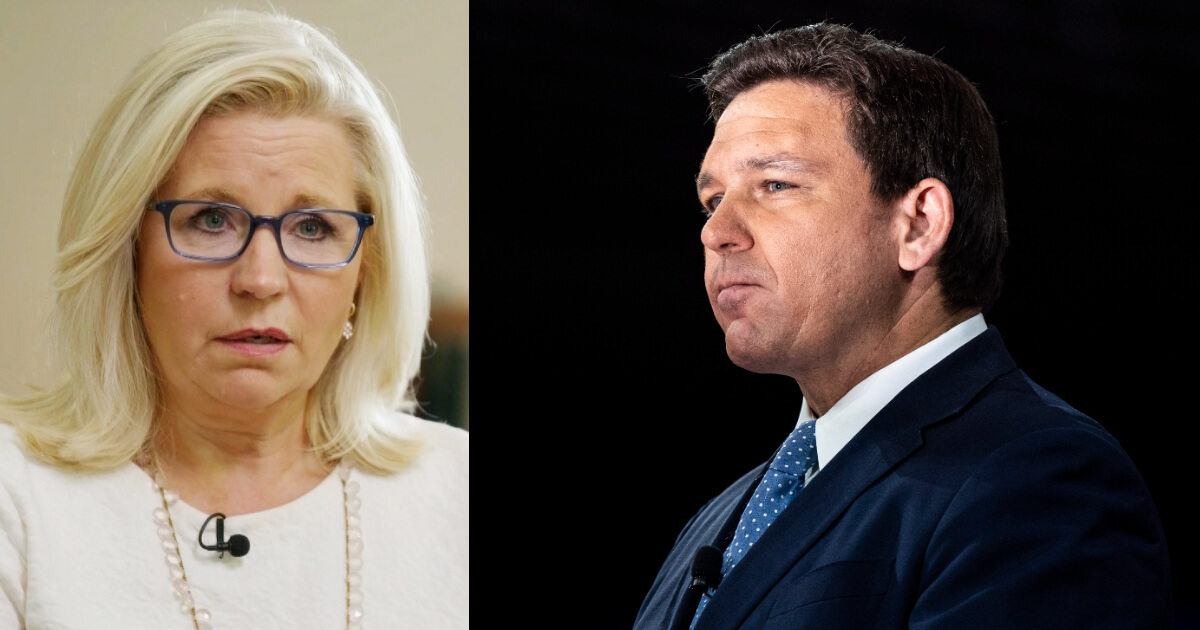 Rep. Liz Cheney (R-WY) took a shot at Florida Governor Ron DeSantis (R) in an interview with The New York Times published Sunday where she also admitted that she liked to work with her Democrat colleagues more than her Republican ones.

Cheney said that she “would find it very difficult” to support DeSantis in a general election against a Democrat if DeSantis becomes the 2024 GOP nominee for president.

“I think that Ron DeSantis has lined himself up almost entirely with Donald Trump, and I think that’s very dangerous,” Cheney said.

Cheney also said that she prefers working with her Democrat women in Congress than Republican women.

“I would much rather serve with Mikie Sherrill and Chrissy Houlahan and Elissa Slotkin than Marjorie Taylor Greene and Lauren Boebert, even though on substance certainly I have big disagreements with the Democratic women I just mentioned,” Cheney said. “But they love this country, they do their homework and they are people that are trying to do the right thing for the country.”

The report noted that Cheney’s chances of holding onto her seat in the upcoming primary election next week are slim at best as polls show Cheney losing to primary challenger Harriet Hageman by more than 20 points.

Cheney recently told CNN that she does not expect to lose in her primary race but that losing may end up being the price that she pays for standing up to Trump.

“If the cost of standing up for the Constitution is losing the House seat, then that’s a price I’m willing to pay,” Cheney said.

Some Republicans who might agree with Cheney’s goals have stated that she is going about trying to achieve them the wrong way.

“It depends on if you want to go out in a blaze of glory and be ineffective or if you want to try to be effective,” Sen. John Cornyn (R-TX) said. “I respect her but I wouldn’t have made the same choice.”

“We Need to Send a Message”: Trump Calls for Radical Policies to Deal with Illegal Immigration, Globalism