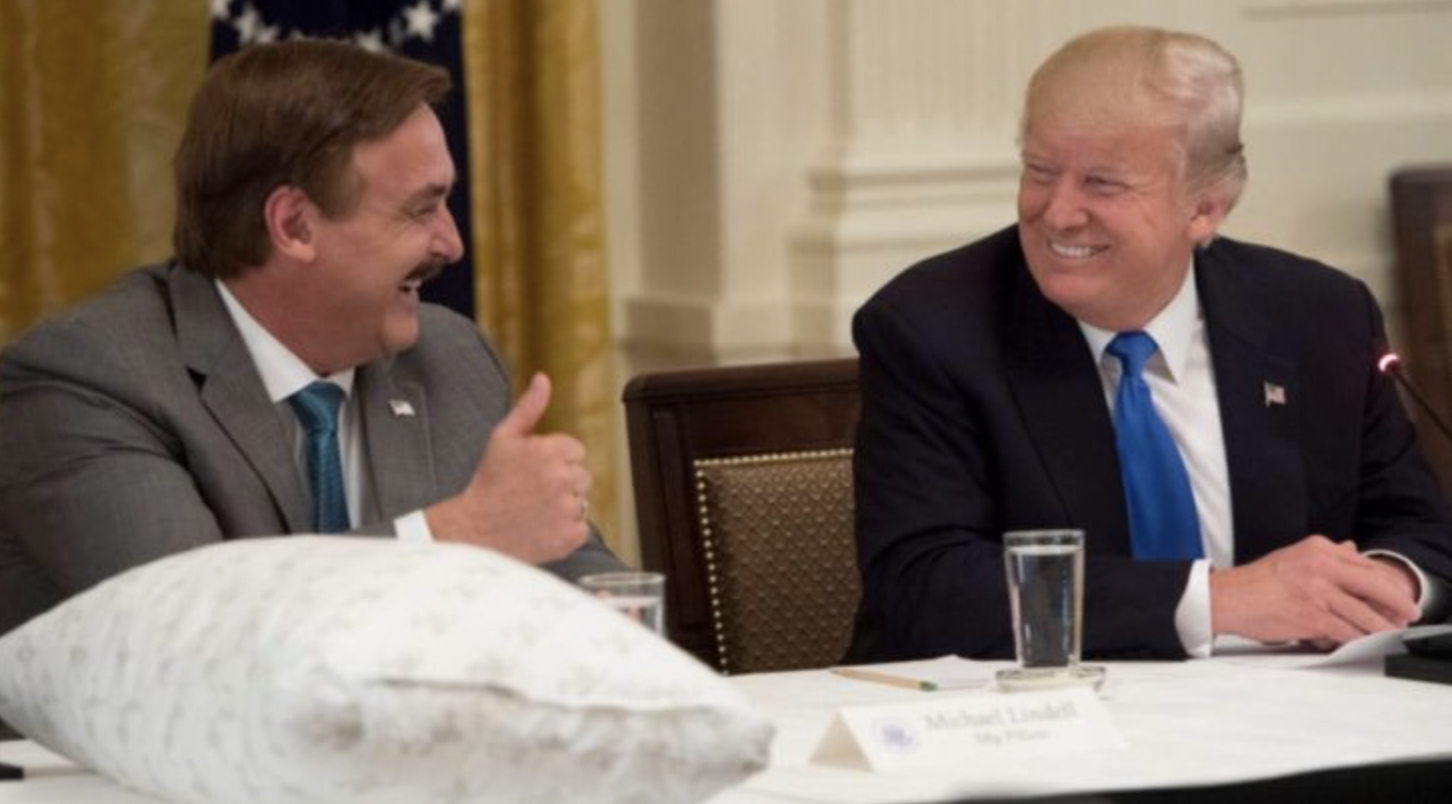 100 Percent Fed Up exclusive – Benny Thompson, chairman of the Jan 6 (Witch Hunt) Committee, has officially withdrawn the subpoena request on behalf of the committee for  Mike Lindell’s phone records after he filed a lawsuit against the unpopular Speaker of the House, Nancy Pelosi.

We spoke with Mike Lindell, who explained that he sued the “unselect committee” almost immediately after he received their subpoena. “Sorry, but you’re not getting my records,” Mike said, adding, “It’s against the constitution, and I wasn’t even there!” Mike was referring to the Capitol building, which he was nowhere near when it was breached. Fortunately, Mr. Lindell, who is despised by the mainstream media, was being interviewed by the media when the incident occurred. It was a bitterly cold day at the Elipse; Mike headed back to his hotel room after listening to his good friend President Donald Trump speak. But that didn’t stop the “unselect committee,” as Mike calls them, from using his presence in DC as an excuse to go after his phone records.

The rabidly anti-Trump  January 6th committee has cast a wide net, hoping to catch some of America’s most influential activists and supporters of President Trump in some sort of illegal activity. So far, they’ve been unable to prove their case that some widespread plan was being hatched to take over what many still believe is an illegitimate government that was elected through mass voter fraud. The goal of the Jan. 6 committee, of course, is to neuter Trump and destroy any chance of him being able to run an effective campaign for president in 2024. But the pack of leftist hyenas made a bad decision when they chose to target the fearless My Pillow CEO, Mike Lindell.

“Courage is contagious,” Mike told us as he explained that after he sued Nancy Pelosi, several others followed suit. He also said that he’d love to be invited to sit down with their “unselect committee and show evidence of election fraud” from the 2020 election.

According to Mike, the Jan 6 “unselect committee tried to come after him for a meeting that was held on January 5 at the Trump International Hotel in Washington DC.  Mike was out of the country at the time of the meeting.

Mike has lost millions fighting for justice regarding our elections, by his count.

He’s not going to let the dishonest Left take him down without a fight.

He just keeps fighting back. Mike has partnered with us to bypass woke corporations — and get you amazing deals on Christmas gifts for your family!