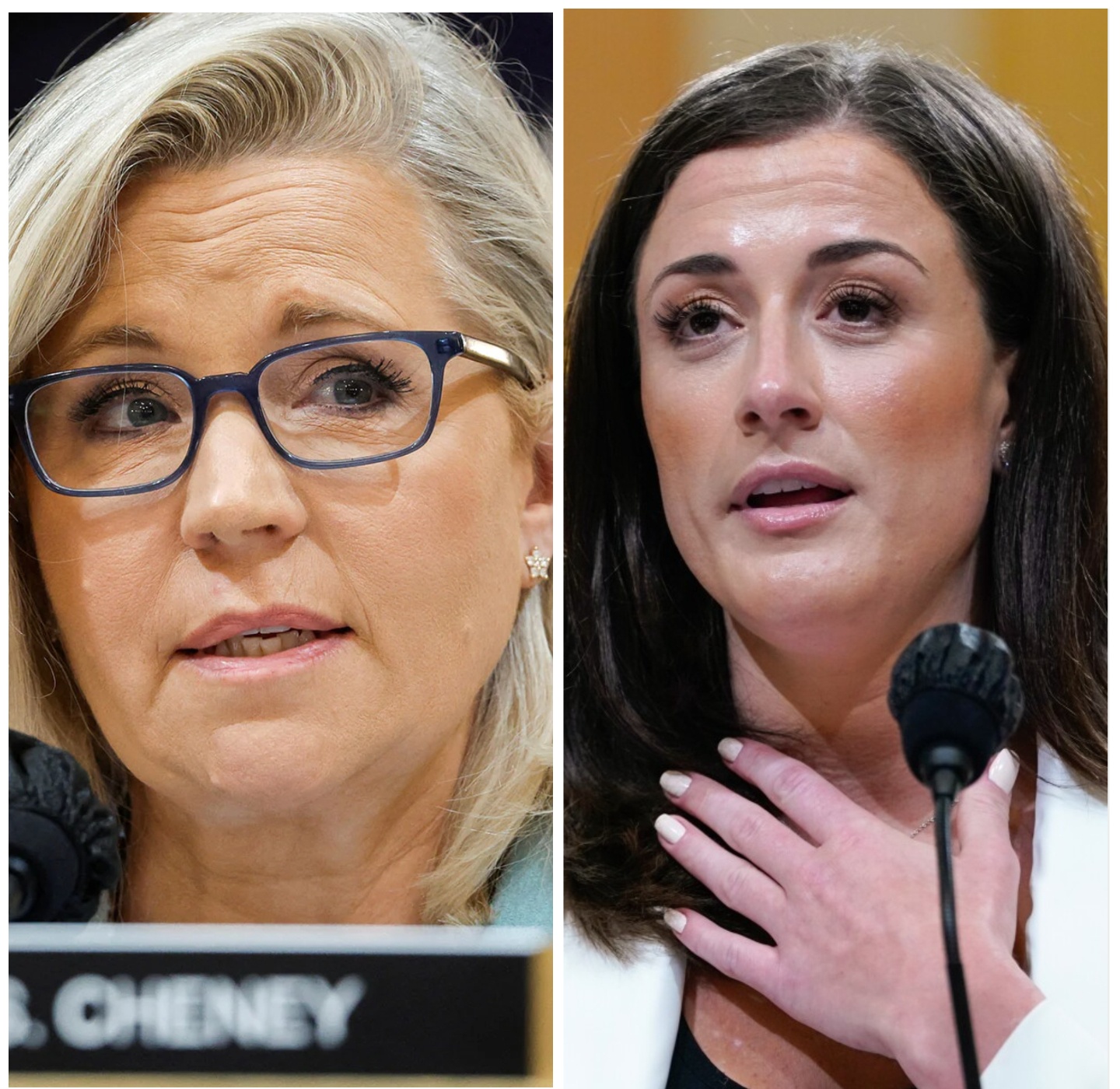 Jan. 6 Committee Vice Chairwoman Liz Cheney was photographed hugging Cassidy Hutchinson — a former aide to ex-White House Chief of Staff Mark Meadows — after Hutchinson testified before the committee during a special hearing on Tuesday. The Wyoming Republican congresswoman’s embrace of Hutchinson raised eyebrows, with people questioning the message the gesture sent about fairness in the committee’s proceedings. “If questioner (Cheney) wants to appear fair to jury (American people), it probably is not a good idea to get caught on camera hugging the witness,” Newsmax journalist Greta Van Susteren tweeted on Wednesday.

Van Susteren added, “Already people have very strong feelings – both ways – about this hearing and pics like this don’t help.” Brought by the committee as a special witness, Hutchinson delivered a series of major allegations against former President Donald Trump and his response to the Jan. 6, 2021, Capitol incursion in her Tuesday testimony.

During the testimony, Hutchinson alleged that Trump knew that some of his supporters at the Jan. 6 Stop the Steal rally had weapons with them. The rally took place before the Capitol incursion. “I was in the vicinity of a conversation where I overheard the president say something to the effect of: ‘I don’t effing care that they have weapons. They’re not here to hurt me. Take the effing mags (metal detectors) away. Let my people in. They can march to the Capitol from here,’” Hutchinson told the committee, according to PBS.

Trump refuted Hutchinson’s claims in a post on Truth Social on Tuesday, saying: “I didn’t want or request that we make room for people with guns to watch my speech.” Hutchinson also claimed that White House Deputy Chief of Staff Tony Ornato had told her that Trump had physically assaulted Secret Service special agent Robert Engel. “The president said something to the effect of: ‘I’m the effing president. Take me up to the Capitol now,’ to which Bobby responded, ‘Sir, we have to go back to the West Wing.’ The president reached up towards the front of the vehicle to grab at the steering wheel,” Hutchinson said, according to The Washington Post.

“Mr. Engel grabbed his arm, said: ‘Sir, you need to take your hand off the steering wheel. We’re going back to the West Wing. We’re not going the Capitol.’ Mr. Trump then used his free hand to lunge towards Bobby Engel,” Hutchinson testified, saying Ornato motioned to his clavicles to describe a form of choking motion. After Hutchinson’s testimony, the Post’s Carol Leonnig reported Wednesday that Secret Service agents “dispute that Donald Trump assaulted any agent or tried to grab the steering wheel on Jan 6. They agree Trump was furious about not being able to go to [the] Capitol with his supporters. They offer to testify under oath.”