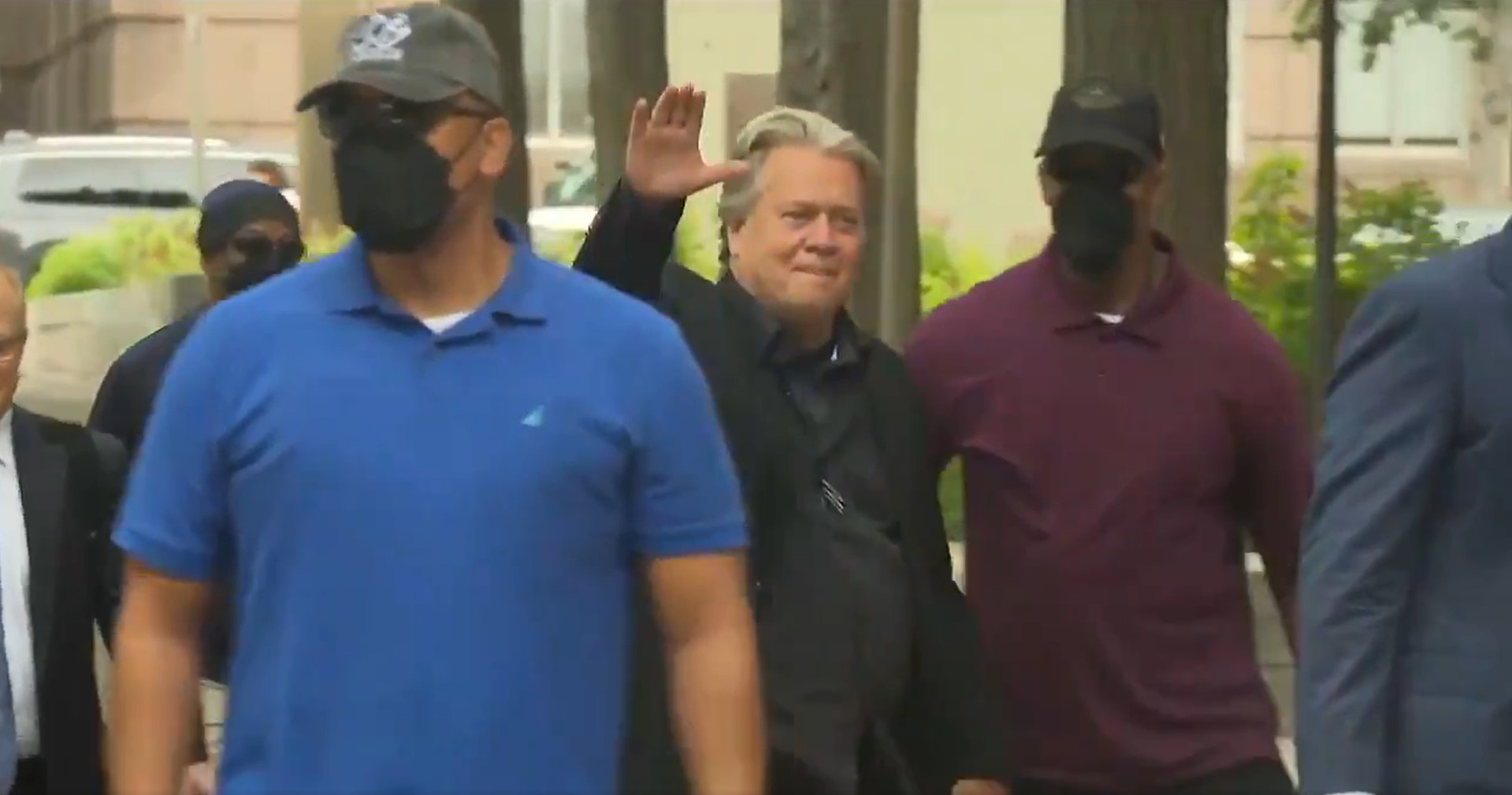 Today jury selection starts in his trial. If convicted, he faces up to a year in jail on two counts.

If Steve Bannon is convicted, he will be the first in Trump’s inner circle to face consequences for refusing to cooperate with a congressional subpoena.

And Steve Bannon will then be the highest profile Trump political prisoner.

Steve Bannon was pardoned by President Trump in 2020 for his role in the WeBuildTheWall project. This project launched by Brian Kolfage raised over $20 million and was able to build over 4 miles of wall on the US southern border in record time. The project infuriated the left and GOP RINOs who support open borders and unlimited migration. That’s exactly what the have today.

“Joe Biden and the Democrat Party Are, in Fact, Responsible for Sabotaging Our Economy” – Mark Levin on FOX News