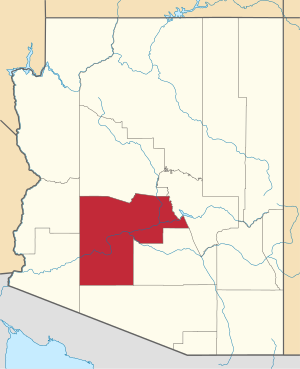 Bill Gates said in a press conference last night, “we have about 400 to 410,000 more to be counted. I told this group that we anticipated 90 to 99% of the ballots to be counted by Friday. That’s tomorrow, but I’m here to tell you that the goalposts have changed.”

Maricopa County Recorder Stephen Richer then said, “we received 292,000 early ballots that were dropped off on election day.”

However, as The Gateway Pundit reported on Wednesday, Maricopa County tweeted that “~275k” ballots were received on election day, not 292,000.

Where did the 17,000 additional late early ballots come from?

These stooges did not allow any real reporters into the room to give real questions. The Gateway Pundit reported yesterday that The Gateway Pundit’s Jordan Conradson and Ben Bergquam from Real America’s Voice were physically removed from the Maricopa County presser on Thursday afternoon.

The County will finally begin counting the “292,000” ballots that were dropped off in dropboxes on election day.

Kari Lake’s attorney Harmeet Dhillon says that this will be “bad for dems,” as they expect these next drops to favor Republican candidates.

Talonya Adams, a victim of Katie Hobbs’ racial discrimination in the Arizona Senate, tweeted a great question asking why these ballots have not been touched by the County.

Additionally, the County finally started processing the 17,000 “box 3” ballots that were unable to be tabulated by in person voters on election day.

The Gateway Pundit reported on the incompetence of Maricopa County and Katie Hobbs that caused tabulators to be down, printers running out of ink, and long, long lines keeping voters waiting to cast their ballots.

The Number of GOP Seats in the House Is Dwindling? Will the Dems Steal the House Too?