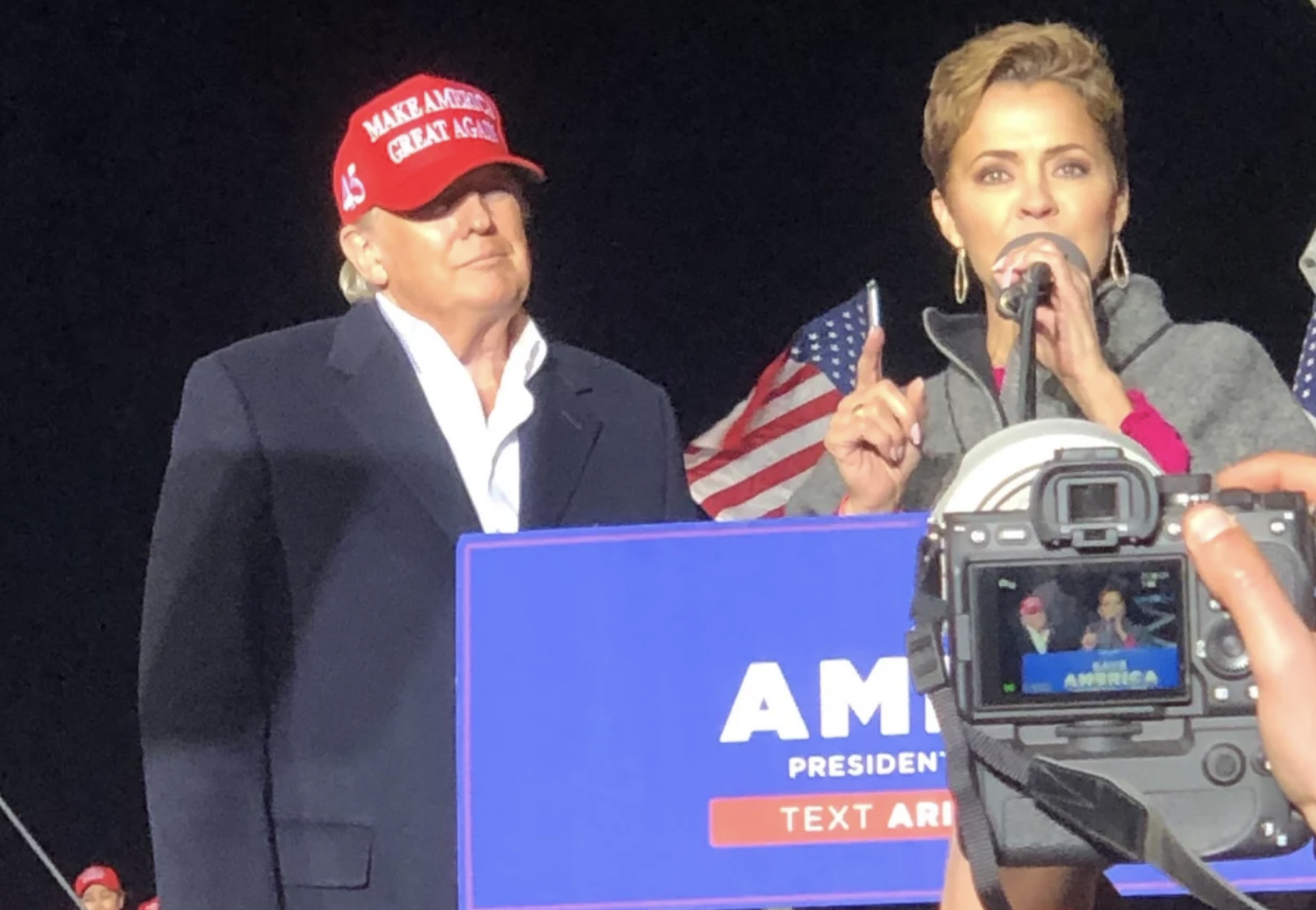 Kari Lake has spoken out against the rigged and conflict-ridden Arizona Midterm Elections, which were certified by the Maricopa County Board of Supervisors and several other counties today.

The Gateway Pundit reported earlier that the corrupt Maricopa County Board of Supervisors voted unanimously to certify the rigged election that was overseen by MAGA-hating RINOs, a Katie Hobbs surrogate, and radical leftist gubernatorial candidate Katie Hobbs.

Today, Maricopa County certified its rotten election, despite hours of witness testimony of wrongdoing and an extremely flawed election in the public comment portion of their meeting.

Many in the audience pointed out the clear conflicts of interest in this election as well.

Conflict #1: Katie Hobbs refused to recuse herself from election oversight as Secretary of State in her own election for Governor.

Conflict #2: Maricopa County Supervisor Steve Gallardo served as the co-chair of the Latinos for Katie Hobbs coalition, and he is now a member of Hobbs’ transition team.

Conflict #4: Maricopa County Chairman Bill Gates, who oversaw the election on Election Day, openly rooted against Trump-Endorsed candidates, calling their win in the primaries a “catastrophe” and saying, “I think they are electable, which is frightening.”

Conflict #5: Katie Hobbs threatened to sue any county that did not certify this election and hand her the Governorship. She is moving forward with a lawsuit against Cochise County for delaying certification.

Bill Gates and Stephen Richer also starred in an ad by Never-Trump groups to discredit auditors of Maricopa County’s 2020 election and attack supporters of the audit like Trump-Endorsed Republican candidates.

These are the same people who oversaw the uncertifiable disaster that occurred on election day, where voting machines and printers suddenly stopped working the moment polls opened on election day. Republican voters were forced to wait in extremely long lines, turned away from the polls, or told to deposit their ballots in the questionable “box 3” for misread ballots.

The Gateway Pundit reported on the election day anomalies where Democrats had only 17% of the turnout.

These people are criminals!

As The Gateway Pundit reported last week, Kari Lake dropped her first lawsuit against corrupt elections officials and indicated that more lawsuits were coming. According to the statute, certification must happen before these new lawsuits can move forward.