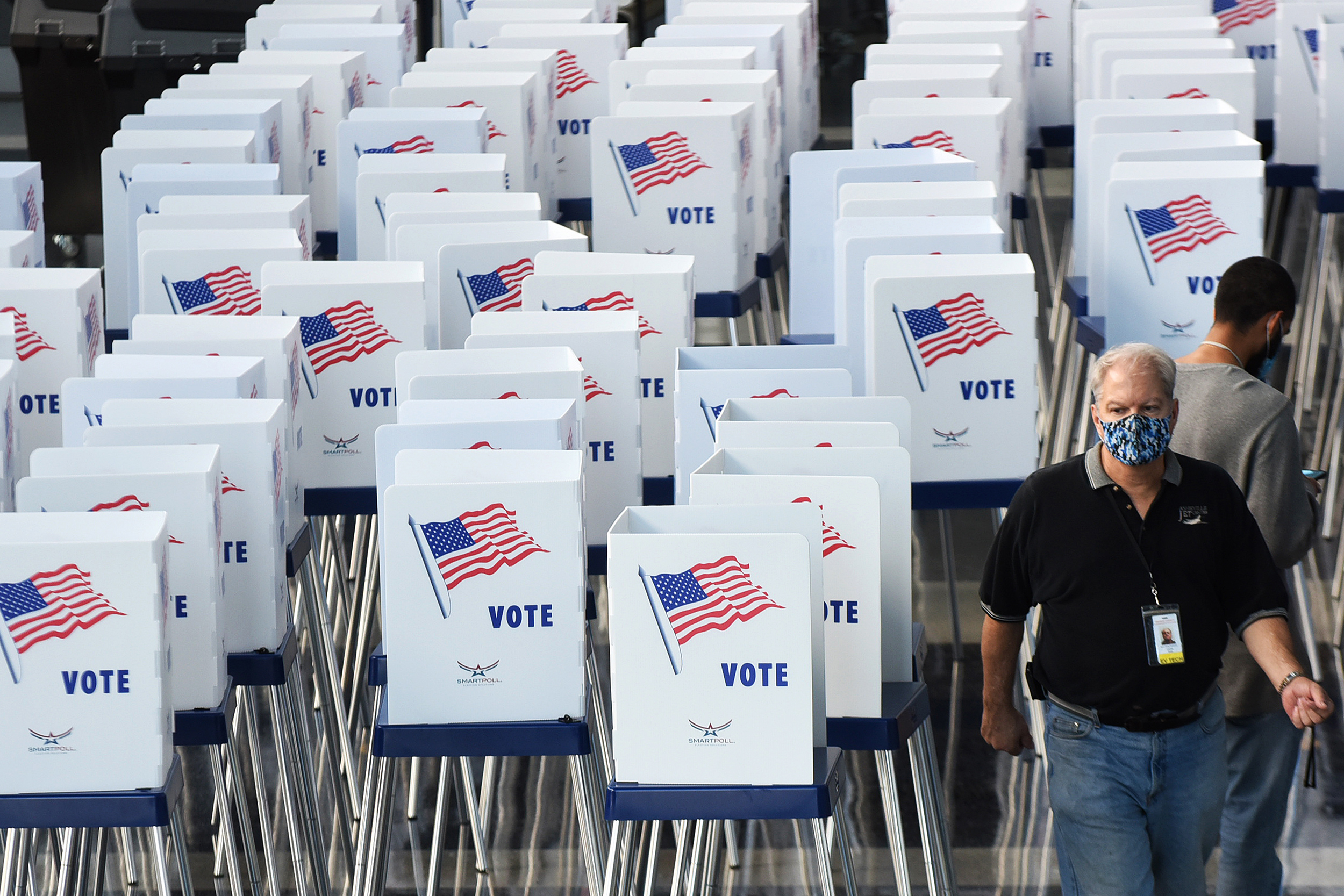 DIRTY DETROIT ELECTION OFFICIALS ARE AT IT AGAIN…

100 Percent Fed Up Exclusive – The 2020 election put the former TCF Center on the map after dirty Detroit election officials were exposed for thug tactics that were used against GOP poll watchers to threaten and intimidate them.

Of the small group of GOP poll challengers who remained in the counting room, several were eventually thrown out or arrested as paid election workers stood up and cheered. Many of the GOP poll challengers left on their own accord after an exhausting day of being forced to stand on a cold cement floor with no chairs available to them and afraid to leave the room over the fear of being refused entry back inside.

In 2020, hundreds of GOP volunteers applied to become election workers at the TCF Center in 2020, but most were rejected, as the applicants were forced to identify their party affiliation on the questionnaire.

In 2022, Republicans demanded they receive equal representation at the counting tables. More Republicans were allowed to train to become election workers this time, but as a condition, election workers were asked to adhere to arbitrary non-scientific guidelines around mask-wearing and COVID testing.

I spoke with a Republican who prefers to remain anonymous over safety concerns, who attended the training yesterday at Huntington Place. Although he was the first person in the room, he was given a spot at the counting table where he would play a minimal role, while a woman who was several spots behind him in line was placed at the critical location at the table where the authenticity of the ballots was confirmed. According to our source, 10 GOP election workers walked out of the training session two days ago after election supervisors bullied them for not wearing face masks.

In 2020, election supervisors threatened workers and had them removed for violating a 6-foot social distancing rule which prevented workers from getting close enough to see the ballots. Will the mask-wearing threat be the dirty Dems by their new tactic to remove GOP election workers in 2022?

In addition to forcing workers to wear useless face masks that even airlines no longer require, the City of Detroit Dept. of Elections is forcing trained election workers to provide a negative COVID test result from a reliable source. It will refuse COVID test results from home test kits. Because apparently, a negative result from a reliable testing center on June 29, as a condition to work on August 2nd (34 days later), will suffice.

Yesterday, an unidentified male Republican was arrested at the Huntington Place (formerly the TCF Center in Detroit) for refusing to wear a mask. According to the Detroit Police officers who arrested him (sadly, it appears that the Detroit Police will once again be doing the bidding of crooked Detroit Election thug supervisors in 2022).

“Why do you refuse to wear a mask?” one of the Detroit Police officers asks. “Just asking,” the police officer says. “Do you have a specific reason?’

The GOP election trainee doesn’t appear to answer any of his questions.

One of the Detroit Police officers explains why they can arrest him: “Well, this is private property. So they can institute any policy that they want, and their policy is to wear a mask. So you have to abide by their policy. If you don’t, you’ll be trespassing, which means you’ll go to jail for trespassing.”

Another police officer asks, “Do you want to do that? Or would you like to walk out of the training”

Another officer chimes in, “But you gotta wear a mask.”

“So, what do you want to do?” the Detroit cop asks. “I’ve given you two options. If you want the training, you’ll stay and wear a mask,” he explains.

“That’s not intimidation,” the Detroit Police officer snaps back, adding, “It’s private property. That’s all it is.”

“Is that part of your training?” that Detroit cop asks, as he appears to be pointing to something on the table.

“It says you have to be vaccinated,” the GOP election trainee responds.

“Okay, are you vaccinated?” the cop asks.

“No,” the trainee responds.

“Then what are you doing here?” the Detroit cop asks.

“Trying to be trained,” he responds.

Why is the Detroit cop asking him if he’s vaccinated and why is he working there if he’s not vaccinated???

The trainee says he wants to stay and do the training, but the Detroit Police officer tells him, “It’s past that. We already gave you the option to sit down and do the training with the mask. You’re gonna be trespassing if you don’t leave now. You either leave on your own accord, or you leave in handcuffs.”

“Which is it?” the cop asks, as they turn him around and place the handcuffs on his wrists.

Curiously, none of the 3 Detroit Police officers arresting the GOP trainee are wearing masks.

The GOP election worker was being arrested for “trespassing” because he was “on private property,” but we checked with the Huntington Place events office where the training was being held and confirmed by phone and on their website that there are currently no mask mandates in place within their facility.

The Huntington Place website clearly states that they “highly recommend” masks but do NOT require them.

Similarly, Wayne County recommends wearing a mask during times when COVID numbers are high and specifically suggests people with symptoms, a positive test, or exposure to someone with COVID19 wear a mask.

So, if the Huntington Place and Wayne County don’t mandate masks, why would the UNMASKED Detroit Police arrest a GOP worker for not wearing a face mask?