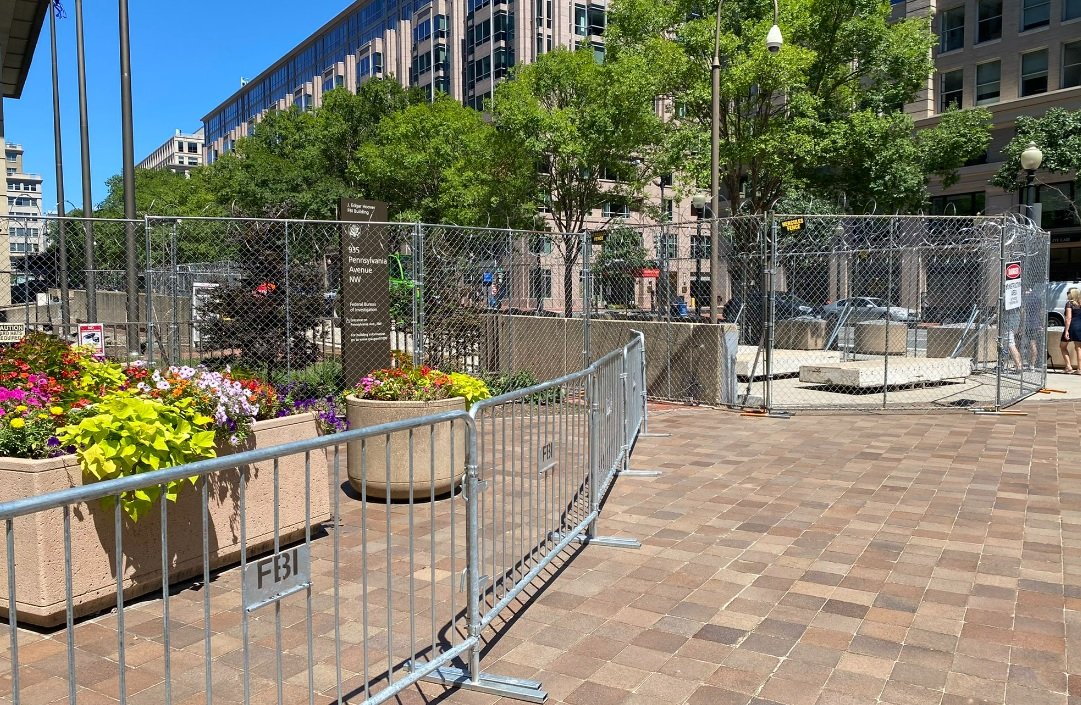 The crooks running the FBI are either scared that they have gone too far or are trying to build another BS narrative that President Trump and the bulk of America that support him are violent radicals.

“With an increasing number of threats against the FBI and agents, including an armed man who tried to breach a field office in Ohio, officials have put up barricades around FBI headquarters in DC. Similar fencing was put up after the unrest in DC in 2020 & after the Capitol riot,” he wrote.

A week ago today the FBI raided President Trump’s home in Mar-a-Lago.  America was incensed that the FBI would have the gall to invade the President’s home, something is never done in US history.

Meanwhile, the media is making up and pushing narratives that aren’t true.  The more recent lie is about what The Gateway Pundit shared:

MUST SEE VIDEO: Election Hack Identified that Can Instantaneously Swap Votes on a Ballot Before It Is Even Stored

In America, No One Is Above the Law, Except the Democrats Who Are