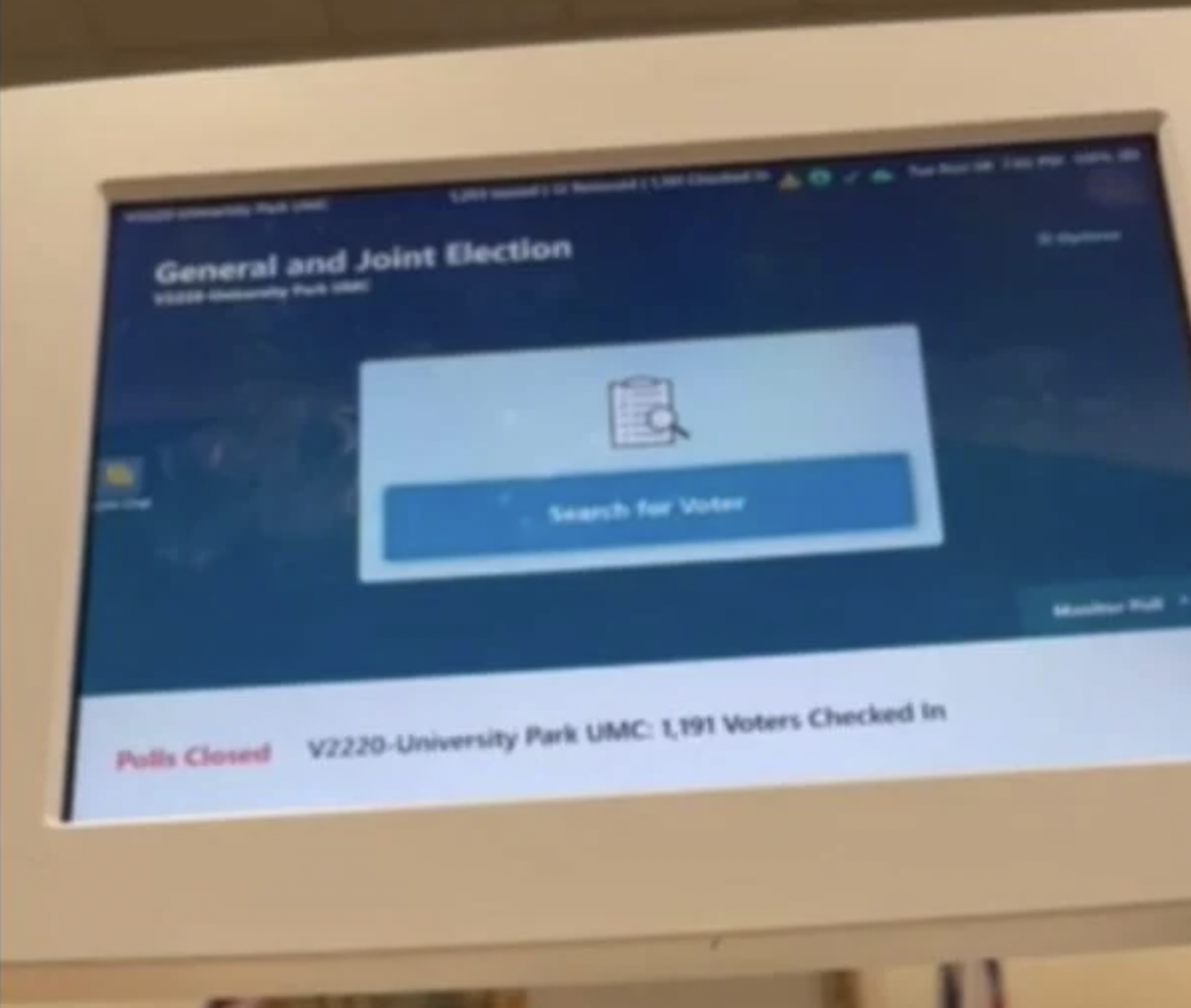 The Election Oversight Group, who has been investigating and documenting Georgia’s election problems since the 2020 General Election, in conjunction with County Citizens Defending Freedom, has provided The Gateway Pundit with more evidence that our election system should not be trusted.  This time, it’s direct from Texas but has implications and evidence of occurrences in many other jurisdictions.

In a shocking video that seems to confirm many of the things we knew but couldn’t prove, poll workers in Dallas, Tx captured the number of checked in voters on their poll pads jumping higher and higher right before polls closed.  The poll pads are used to check in voters and are the electronic version of the paper “voter roll”, which also keeps a running tally of the number of voters who have been “checked-in” on that particular device.  While we only have confirmation of this one precinct because of the video, The Gateway Pundit is told by an individual present that his happened county wide in Dallas County.

As you can see in the shorter of the videos, the poll pad in the screen jumps from 1,080 voters to 1,139 to 1,191 and finally to 1,259.  No one or nothing is touching the poll pad as it is doing this.  The poll pad displays “Poll Closed” to the left of the count.  For full screen video, visit Rumble.com/CannCon or click here and here. Be sure to turn the Quality up to 720 so you can read the numbers in real time.

The group claims that they have been working with poll watchers and workers in another state with evidence of the same phenomenon occurring in several counties.  The poll pad voter check-in numbers suddenly jumped right before the polls closed.

The Gateway Pundit will be exclusively covering this story and case as it progresses.

You can donate to the Election Oversight Group here as they take immediate legal action to remedy these issues.

You can see their findings here.