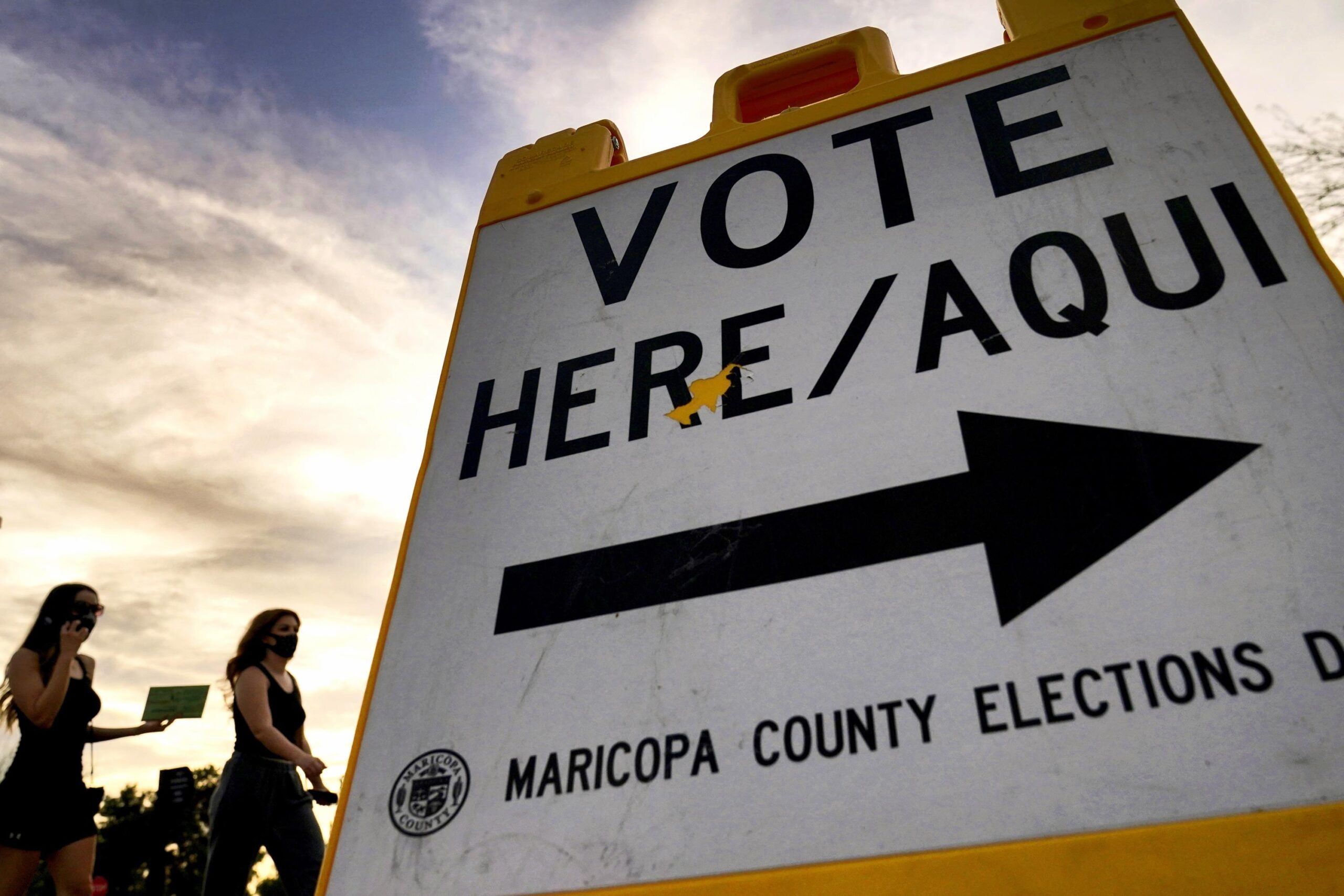 We The People AZ Alliance hosted an election security forum in Maricopa County on Saturday, featuring testimony from expert witnesses and state legislators.

This informational hearing, moderated by investigative journalist Lara Logan, presented evidence of fraud in the 2020 Presidential Election and addressed the concerns in the 2022 elections.

The hearing also featured a bombshell testimony revealing exactly who in Maricopa County deleted subpoenaed 2020 Election files before delivery to Arizona Senate auditors. The County was clearly hiding something.

As we reported earlier, Lara dropped a bomb on stage, revealing that the Biden regime is now giving social security numbers to illegals at the border.

This data was deleted before the voting machines were delivered to Senate auditors in compliance with a subpoena.

Federal law requires these files to be kept for 22 months.

Maricopa County officials previously admitted that these files were “deleted” in a Congressional hearing but later walked it back and said that the files were “archived.”

This was one of the many law violations discovered by the Arizona audit and other Maricopa County’s 2020 Election investigations.

The Gateway Pundit previously reported on footage of the individuals deleting the files, but their identities were redacted from the public to maintain confidentiality.

On Saturday, it was revealed by Vanbibber that Maricopa County election Database Administrator Brian Ramirez was granted unauthorized entry to the server room on multiple occasions, and he deleted the files.

Ramirez does not have the required credentials to access the server room. However, Vanbibber discovered that he falsely used the identities of individuals who were authorized access.

Vanbibber matched the server room entry logs to the video footage and found Brian Ramirez using others’ cards to access the room.

Vanbibber: So basically, you have Brian entering the server room, and remember I told you he does not have badge access. We The People actually collected server room logs from Maricopa. So I went through all this video footage and matched it with the logs. What you see is Brian has Passarelli’s card in the server room, and he also has Charles Cooley’s badge as well.

Logan: So, Brian is accessing the server room using the identities and cards of other people.

Maricopa County policies also require two people in the server room whenever someone is using the keyboard video monitor, however, Brian was alone on multiple occasions.

In the photo below, Ramirez is alone in the server room, violating County elections policy. The Gateway Pundit previously reported on this violation by an unidentified individual.

Arizona IT and Elections Expert: Elections Assistance Commission Was Aware That Machines Could Be Hacked in Minutes