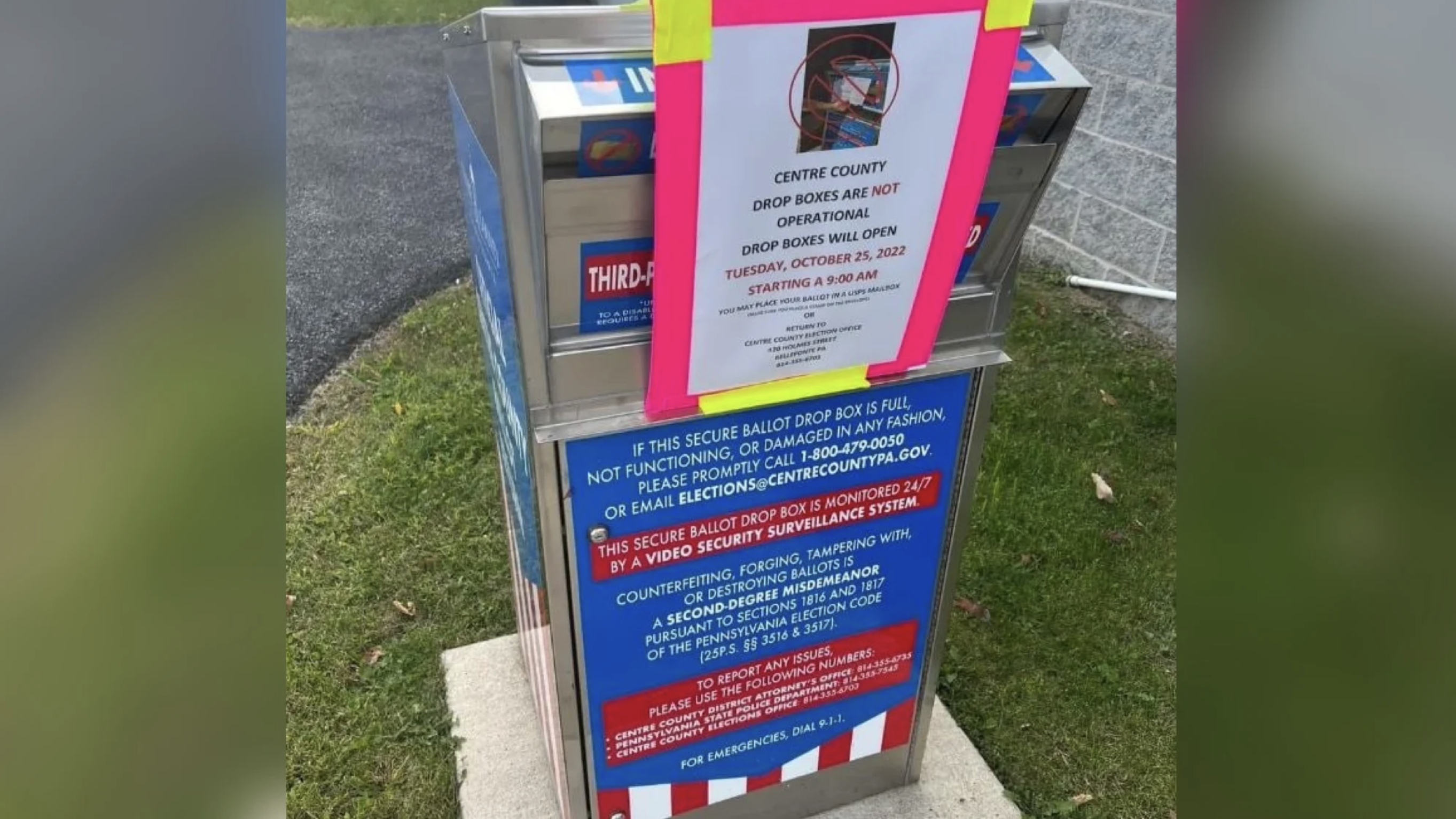 Since the debut of the #2000Mules documentary, there has been an increase of concern over drop boxes being left out to allow voters a month or more to drop off their ballot with zero chain of custody and very little oversight, if any.  After mail-in ballots in 2020 were sent out like junk mail postcards, it became clear that the drop boxes were a way to promulgate fraud on the American people.  In addition to TrueTheVote’s cell phone data discovery,  The Gateway Pundit has also documented drop box abuse over and over and over and over.

Now, in video footage obtained by The Gateway Pundit, it appears to show a drop box in Centre County, Pennsylvania being opened and an official “bag” being placed in the box for election day.  Much to the surprise of the officials opening the drop box, however, was the discovery of 10 ballots already inserted into the drop box.

This footage was shot by a local concerned resident and was witnessed by a deputy sheriff (not shown).  It is one of three drop boxes in Centre Co, PA thus far that have been discovered as having “pre-loaded” ballots inside when being officially opened.  Our source claims that two other drop boxes were opened last week as well and eight ballots were discovered, bringing the total thus far in just one county to 18 ballots.  The source also claims that authorities are investigating.

It is unclear if any other counties have found “pre loaded” ballots and, if so, whether or not they were reported.

The ballots were not opened and were placed in a sealed box.  But as the man in the video says (audio version cannot be published): after that who knows what they do with them.