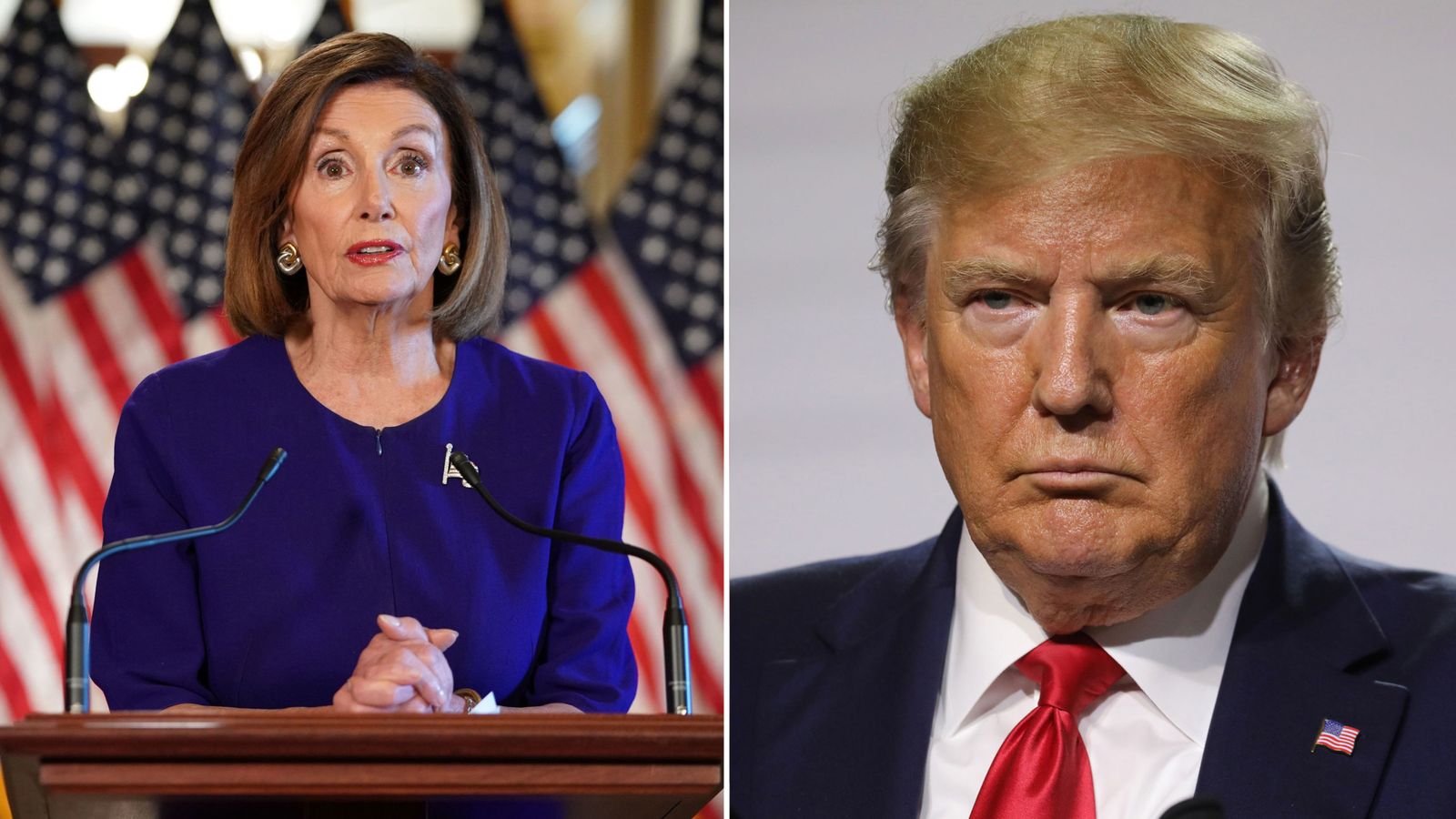 President Trump absolutely blew up on Nasty Nancy Pelosi during his trip to the beautiful, cheese-producing state of Wisconsin for a Friday night rally (talk about bringing a new meaning to “Friday Night Lights”!) which was meant to be a rally in support of Republican gubernatorial candidate Tim Michels.

Trump did follow the script on that issue, at least somewhat, supporting Michels while touting his own record on endorsing winners, pointing to the recent string of victories he won in this past week’s primaries, particularly in Arizona. There, both Kari Lake and Blake Masters, two Republicans who are very much on the MAGA side of the MAGA and Conservative, Inc. divide within the GOP.

Closer to home for the Wisconsinites he was speaking to, Trump also commented on the wins of candidates he endorsed in Michigan. Particularly, Trump focused on Tudor Dixon’s recent win in the Michigan gubernatorial primary race and John Gibb’s successful defeat of Rep. Peter Meijer, the RINO Rep. who was one of the few Republican turncoats who voted to impeach Trump.

But, while Trump championed those victories and used them to imply that Michels is also a winner who will come out ahead in the upcoming Wisconsin primary, Trump’s main focus was on tearing into the Democrats with a vengeance.

And among the many available targets on the left for Trump to tear into, he primarily focused on Nancy Pelosi and Joe Biden.

Riffing on Pelosi during the rally speech, for example, he knocked on her trip to Taiwan, saying:

“What was she doing in Taiwan? She was China’s dream. Everything she touches turns to you know what.”

Later he ripped into Joe Biden, who he hammered for not spending the extra few weeks necessary to complete the border wall after Trump left office, saying that it would have been easy and quick for Biden to do but that he refused to make America safe by doing it.

More generally, he blasted Biden as being worse than a combination of all the worst presidents in US history and saying the damage Biden has done is even greater than all that combination could have done, saying:

“You can take the five worst Presidents in American history and put them together and they would not have done the damage Joe Biden has done to our country in less than two short years.”

Fact-checkers rate that as false because Obama was pretty horrible too, and a combination of him and Ulysses Grant would have been about equivalent to the horribly deleterious nature of the Brandon presidency.

Still, Trump’s point is well-taken: the utterly horrific nature of the Biden Administration is indisputable to anyone with a shred of common sense and a shred of honesty, as the state of the economy and depression of the populace attest. So perhaps Pelosi can stop risking World War III in the Pacific rim; America has some issues at home it needs to sort out first.

Laura Ingraham: Hormone blockers and trans surgery for minors is the Biden admin’s version of ‘normal’

EXCLUSIVE: Did Nancy Pelosi Travel to Taiwan to Increase Her Family Fortune? It Appears Her Son Paul Was With Her