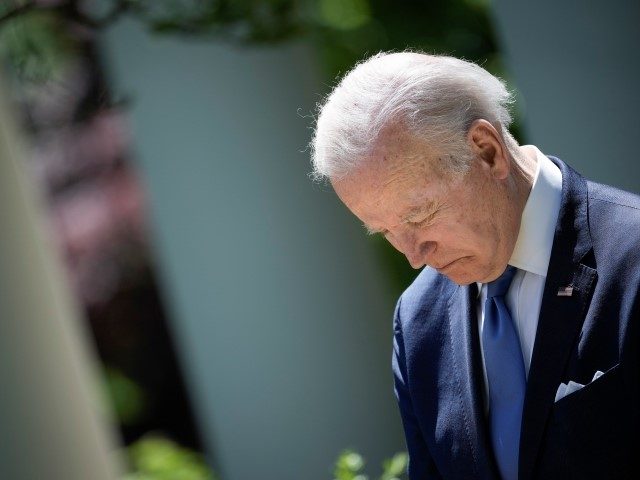 Americans are increasingly negative about the state of the economy and overwhelmingly believe things are getting worse, data released Tuesday from Gallup show.

This represents a rapid deterioration of the public’s perception of the economy. In April, 20 percent of Americans rated the economy as good or excellent and 42 percent as “poor.”

Seventy-seven percent of the public says economic conditions are getting worse. Just 20 percent said things are getting better.

“Economic concerns figure prominently when Americans are asked to name, without prompting, the most important problem facing the U.S.,” Gallup said. “Eighteen percent mention inflation specifically and 12 percent mention the economy in general terms. Inflation essentially ties the government as the top overall problem, with 19 percent naming the government.”

The last time inflation was so prominent a concern was April of 1983. Inflation had been named by an average of 1 percent of Americans between 1990 and 2021, according to Gallup.

Gallup’s Economic Confidence Index fell to minus 45 in May, down from minus 39 in April and March. That is the lowest score since early 2009, when the economy was reeling from the financial crisis and the unemployment rate stood at 8.3 percent. In April, the unemployment rate fell to 3.6 percent. Economists expect unemployment to tick down to 3.5 percent when the government releases May jobs data on Friday.

The latest results are based on a May 2-22 Gallup poll.

Austin pushing to effectively decriminalize abortion ahead of ruling on Roe