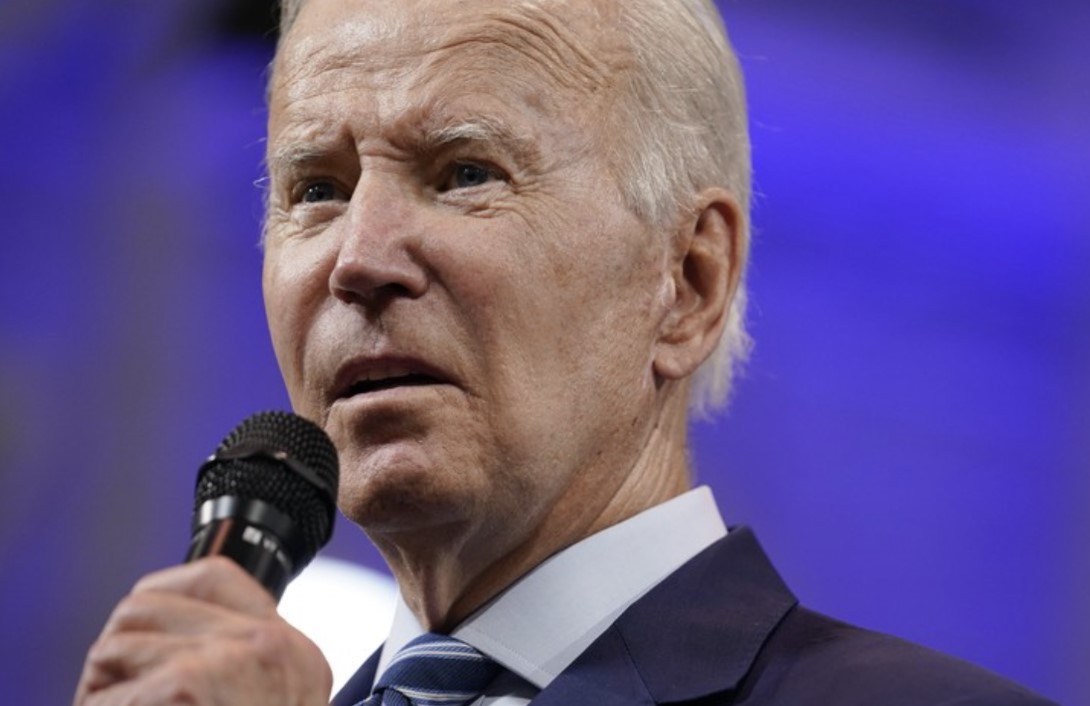 It looks like Joe Biden is working up to his speech on Thursday in which he’s going to attack MAGA Republicans again, with some lies in the days ahead. Biden is doing all he can to demonize Republicans — not just the politicians but all the tens of millions of supporters of President Donald Trump as well.

But Biden went over the slide with a boatload of lies while he was in Pennsylvania today to stump for candidates. What was funny was that while Biden was there, John Fetterman couldn’t bother to be there for him. Likely because Biden has such low approval that candidates don’t want to be seen with him so visibly.

But here’s what Biden said at the event about Jan. 6 — he appears to be completely confused or lying his head off about the facts:

I think he’s pretending to quote someone saying to him imagine if this happened in Parliament because he says, “Imagine, Joe.” But with Joe Biden who knows? He might think Congress is Parliament. And I don’t believe anyone would have said that to him since they knew the basic facts, not this pack of lies — like several police officers were not killed. But that’s Joe — lying his head off again. This is disgraceful to lie about something like that.

But then he went even further over the edge with the lies, claiming, “You hear some of my friends on the other team talking about political violence and how it’s necessary.”

Please point out who. I haven’t heard of one Republican politician who has said that political violence is necessary. Biden’s lies are getting out of hand now. He claims violence is “never appropriate” yet he’s the one demonizing his political opposition, calling them fascist. He’s the one encouraging protests against the Supreme Court and calling the Court “extremist” in the face of an assassination attempt. What does he think he’s doing to the political climate? It’s the left who spent months rioting, burning things to the ground. People were killed and hundreds injured. Yet Biden embraced the BLM at his August 2020 convention.

Biden continued with the lies, suggesting that senior senators and congressmen were calling for “blood in the streets.”

No Republican was calling for that. There’s a difference between noting that rioting might happen versus calling for it. But then he says, “That’s all I’m looking for.” What? Blood in the streets? What the heck? Did he really just say he himself was looking for blood in the streets? Maybe he needs to check the leftists who are firebombing crisis pregnancy centers, speaking of violence.

Biden is doing all he can to pump up the division, even as he tries to lay it off on the Republicans. Meanwhile, his FBI is going after his political opponent and he attacks any questioning of the bias. Criticizing the bias that FBI whistleblowers are reporting is not calling for violence.

But it’s Biden who’s trying to deflect from the FBI bias with this tactic.

As we reported earlier, after Biden called millions of MAGA people “semi-fascist,” a GOP office in Florida was vandalized with the word “fascists” and an Antifa symbol.

It’s hard to imagine how Biden is going to get worse than this on Thursday, but because it’s Joe, I know that he can always go lower.

Smells Like Cover-up: Garland Tries to Shut Down DOJ Employees Talking to Congress