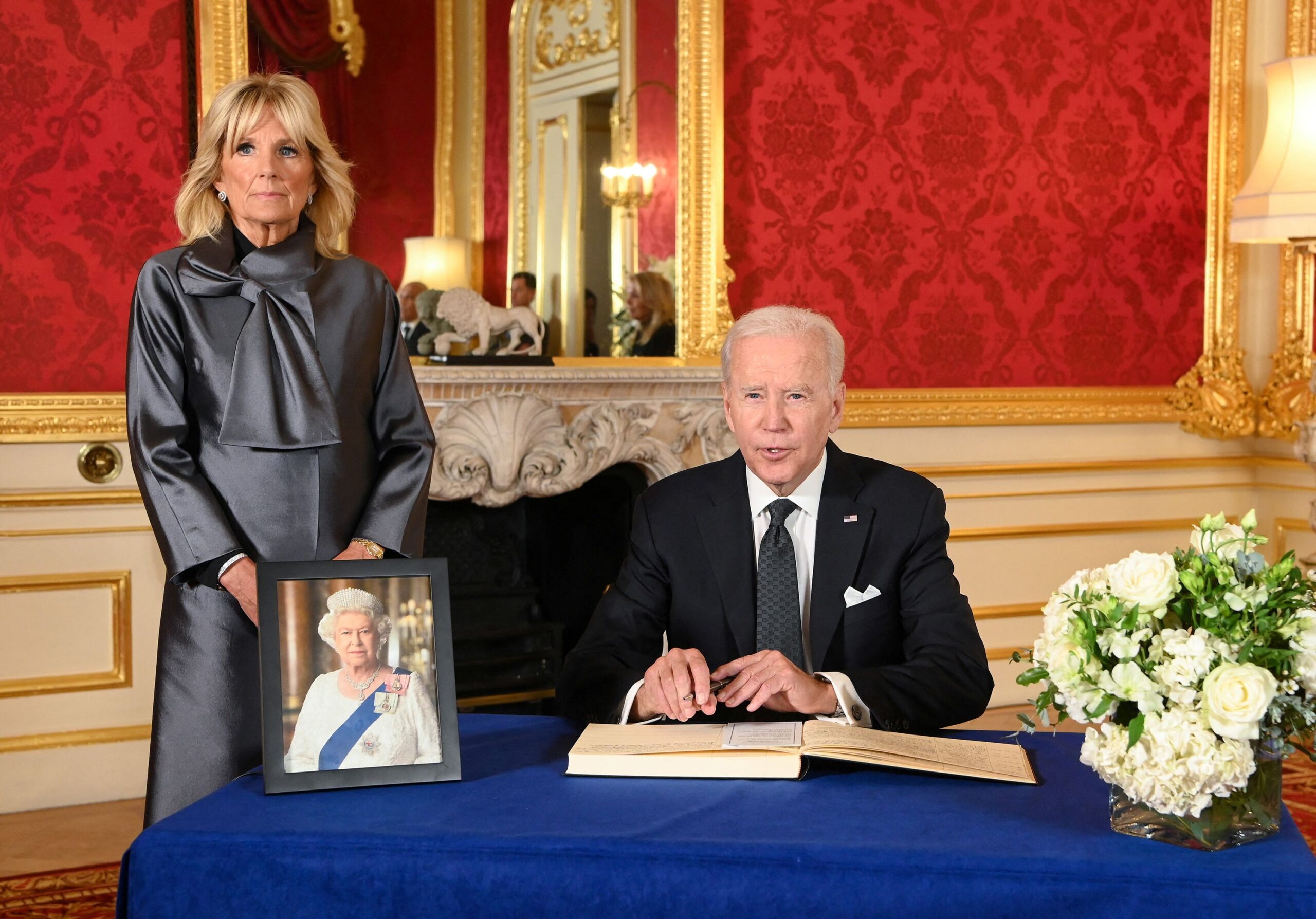 Biden paid tribute to Queen Elizabeth as he signed the Queen’s book of condolence at Lancaster House of London.

Biden called Queen Elizabeth II “decent” and “honorable” and “all about service”  saying his heart went out to the royal family.

“Queen Elizabeth lived her life for the people,” Jill Biden wrote in a book for spouses and ambassadors. “She served with wisdom and grace. We will never forget her warmth, kindness and the conversations we shared.”

BIDEN: We’ve had an opportunity to meet with an awful lot of consequential people, but I can say that the ones who stand out in your mind are those whose relationship and interaction with you are consistent with their reputation.

When the Queen had us to the castle for tea and — we were joking — crumpets — she kept offering me more; I kept eating everything she put in front of me — but she was the same in person as she — as her image: decent, honorable, and all about service.

And our hearts go out to the Royal Family — King Charles and all the family. It’s a loss that leaves a giant hole. And sometimes you think you’ll never — you’ll never overcome it.

But as I’ve told the King, she’s going to be with him every step of the way — every minute, every moment. And that’s a reassuring notion.

Q Mr. President, why does she remind you of your mother?

BIDEN: Just because of the way she touched when she leaned over. The way — she had that look like, “Are you okay? Anything I can do for you? What do you need?” And then also, “Make sure you do what you’re supposed to do.” (Laughter.)

Q What do you think she meant to the wider world beyond the UK, Mr. President?

BIDEN: Well, I think — look, the American press has heard me say for a long time that I think the thing that is — maybe it’s too much, excuse the expression, the Irish of it, but it’s about treating people with dignity.

And I think what she gave is a sense of — maybe above all, the notion of service. We all owe something. There’s something within our capacity to do that can make things — not just the world better, but your neighborhood better, your household better, your workplace better.

Will the Justice Department Indict Trump?