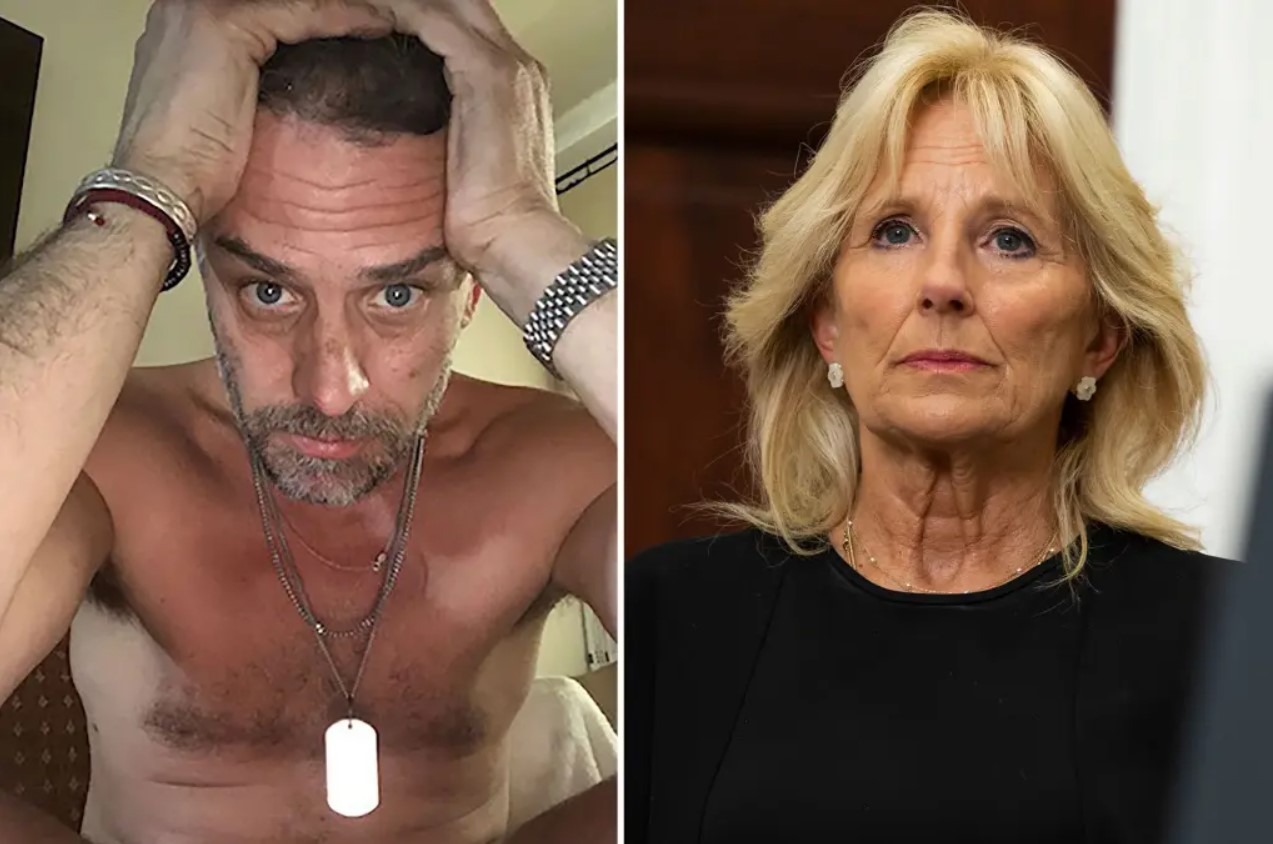 Hunter Biden called his stepmother Jill Biden a “vindictive moron” and a “selfish, silly entitled c*nt” in text messages obtained by The Sun.

Hunter blasted Jill Biden’s teaching skills and told his uncle James what he said to Jill after she told him to get sober: “And you do know the drunkest I’ve ever been is still smarter than you could ever even comprehend and you’re a shut (sic) grammar teacher that wouldn’t survive one class in a ivy graduate program” Hunter said in 2018. “So go f**k yourself Jill let’s all agree I don’t like you anymore than you like me.”

Hunter told his dead-brother’s-widow-turned-lover Hallie Biden: “F**k my step mother for always being as much of a selfish silly entitled c**t as you.”

The Sun obtained the explosive Hunter Biden text messages from the First Son’s “laptop from hell.”

In one text to his late brother Beau’s widow, Hallie, – with whom he was romantically involved at the time – Hunter referred to Jill as a “selfish silly entitled c**t.”

He also admitted he had told the now-First Lady to “go f**k yourself” and ridiculed her teaching skills during a row just after Christmas in 2018.

The bitter showdown came as Hunter’s penchant for crack cocaine and wild sex sessions with call girls was reportedly spiraling out of control.

Text messages appear to show that Jill, 71, supported Hallie, 47, in pushing for him to seek inpatient rehab treatment.

Raging against her reaction in a further text message to his uncle, Hunter – a graduate of Yale Law School – said he told English teacher Jill he was smarter than her.

He said: “I said Yang ow [you know] what mom you’re a f**king moron. A vindictive moron.

“I suooorted [supported] my GM family including some of the costs you should have used your salary to lay (pay) for – for the last 24 years.

“And you do know the drunkest I’ve ever been is still smarter than you could ever even comprehend and you’re a shut (sic) grammar teacher that wouldn’t survive one class in a ivy graduate program.

“So go f**k yourself Jill let’s all agree I don’t like you anymore than you like me.”

Hunter also complained to his uncle, 73, that he had previously been to inpatient rehab seven times and Joe “litteraly (sic) has never come to one never actually called me while in rehab.”