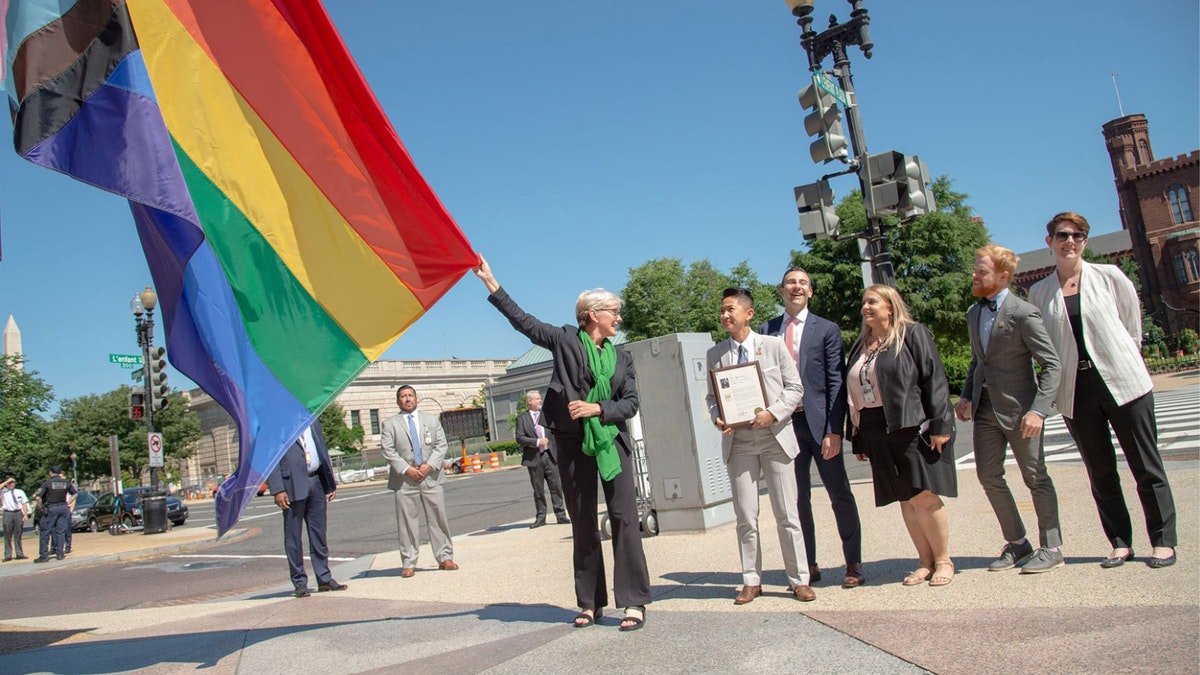 Does the Biden administration have its priorities in place?

Energy Secretary Jennifer Granholm delivered a partisan message before personally raising an LGBT flag at the Department of Energy’s headquarters in Washington, D.C., on Monday.

Granholm began her speech by quoting a poem by Walt Whitman.

Exactly what the taxpayers need to solve their acute energy problems, right?

She went on to tout the department’s commitment to the LGBT community.

“This flag that we will raise is a statement about our commitment to all who see themselves reflected in it,” Granholm said.

The LGBT flag she raised appears to be one of the newer variants, featuring black and brown stripes in a nod to the Black Lives Matter movement.

Monday’s average gas price of $4.87 a gallon was the highest in American history, according to Newsmax.

That is, until the next day. The average price hit $5.00 by Thursday.

Granholm has told middle-class commuters that there’s nothing to be done to relieve their plight.

They might not be able to afford to get to work, but they can rest assured knowing that policymakers at the Department of Energy are committed to celebrating gay pride.

Washington Developed A System To Lie To You About Inflation, The Real Inflation Rate Is Much, Much Higher