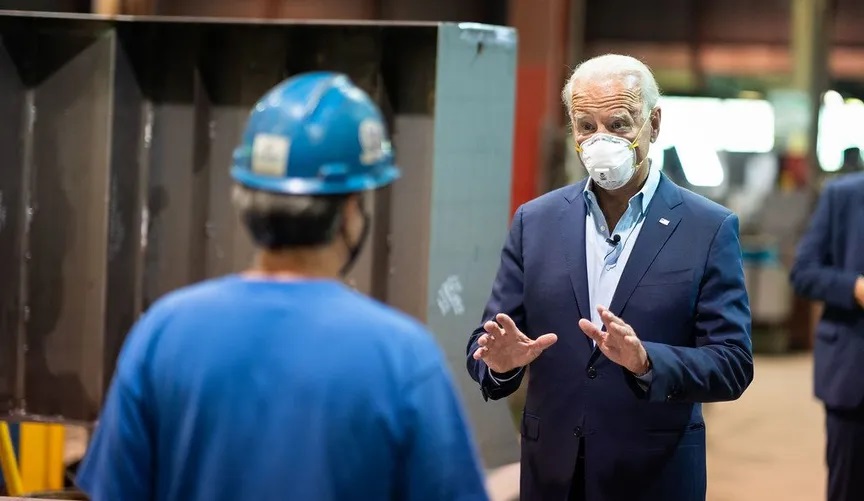 A total of 800 new US steel and aluminum jobs were announced in two days.

In July 2018 President Trump traveled to Granite City, Illinois to speak to steelworkers at the US Steel plant that reopened earlier in the year.

Trump supporters lined the street to greet US President Donald Trump to the city.

After President Trump enacted tariffs on foreign steel imports U.S. Steel has decided to restart both furnaces, meaning the return of 800 jobs.

During Trump’s visit a local KSDK reporter spoke with one of the steelworkers at the Granite City plant.

The man said he is a third-generation steelworker and was out of work for two-and-a-half years.

He then cried as hespoke about President Trump and the life he has brought back to the western Illinois community.

US Steel Worker: It’s nice to know we got someone is fighting for us, to keep our jobs. It was rough for a lot of us.

KSDK reporter: If you had one thing to say to the people watching about President Trump what would you want them to know?

US Steel Worker: We’re back.

For the record, globalist Paul Ryan was against the Trump policy that brought back these jobs.

But this week US Steel announced they will likely cut 1,000 jobs from the Granite City plant.

Nearly 1,000 jobs could be in jeopardy at Granite City Steel after the U.S. Steel announced its plans to repurpose the plant’s blast furnaces Wednesday.

Instead, the plant would be sold to a company called SunCoke Energy.

SunCoke would use the blast furnaces to produce a type of crude iron called pig iron.

United Steelworkers Local 1899 told 5 On Your Side the transition could result in up to 1,000 jobs being lost.

For more than 40 years, United Steelworkers Local 1899 President Dan Simmons has seen its share of challenges.

“It’s more of a definite shutdown whereas in the past we’ve looked at idling or shutting down a facility or a portion of a facility but that was usually market-driven,” Miller said.