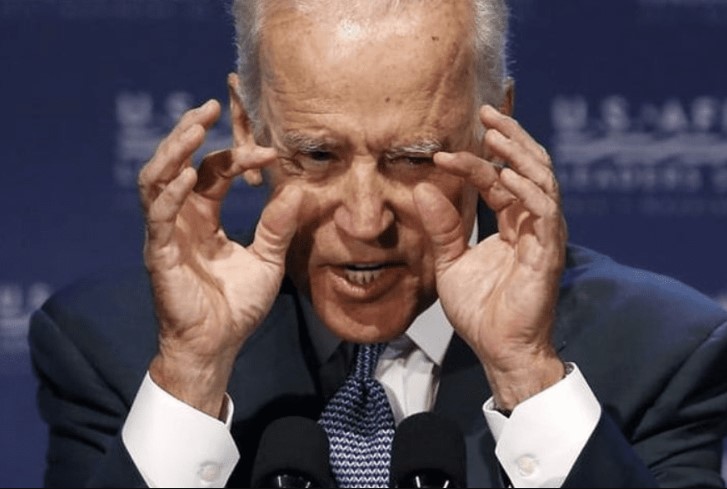 The good news is that President Joseph Robinette Biden, Jr. got through his Thursday night primetime speech without any major gaffes. True, he garbled his share of words, as is his custom, and he looked lost at times as hecklers yelled “eff Joe Biden.” And he managed not to stumble too badly as his wife Jill gingerly helped him shuffle to and from the podium. In one breath, he called for unity, in the next he demonized anyone who dares to have a different opinion on his policies.

The bad news is that the leader of the free world delivered a foaming, vitriolic, vengeful speech that seemed designed to pull our nation further apart and inflame the more than 73 million Americans who voted for his opponent in the last election. In my preview of the spectacle, I predicted that Joey would spend most of his time dumping on his detractors, but even I was surprised by how malicious his remarks were.

In short, it was a national embarrassment. After briefly nodding to our nation’s history, he got right to the point:

But as I stand here tonight, equality and democracy are under assault. We do ourselves no favor to pretend otherwise.

Who is to blame for this assault? MAGA Republicans of course. To Biden, they’re not just political opponents, they’re mortal enemies who must be extinguished. Not content to simply disagree with former President Donald Trump’s policies, Joe feels the need to go scorched earth:

Donald Trump and the MAGA Republicans represent an extremism that threatens the very foundations of our republic….

But there is no question that the Republican Party today is dominated, driven, and intimidated by Donald Trump and the MAGA Republicans, and that is a threat to this country.

Do you get the feeling when you hear these words that you’re listening to the rantings of a dictator like Benito Mussolini, Hugo Chavez or, God forbid, Vladimir Putin? What do you do to a “threat to this country?” You eliminate it, of course. That is the message here. But Unity Joe isn’t done:

And here, in my view, is what is true: MAGA Republicans do not respect the Constitution. They do not believe in the rule of law. They do not recognize the will of the people. They refuse to accept the results of a free election. And they’re working right now, as I speak, in state after state to give power to decide elections in America to partisans and cronies, empowering election deniers to undermine democracy itself.

Hillary Clinton famously questioned her failed 2016 presidential election for years, and Democrat Stacey Abrams to this day refuses to concede that she lost Georgia’s gubernatorial race in 2018. Are they a threat to democracy? I have yet to hear a peep about them out of Joe Biden.

Speaking of “democracy,” by my count Corn Pop’s nemesis used the word 31 times, each time implying that we were about to lose it because of MAGA Republicans, white supremacists, and other ginned-up threats. This was the most fear-mongering speech I have ever heard.

Full disclosure: I have never liked Joe Biden. As a young man, I watched his disastrous oversight of the Clarence Thomas Supreme Court nomination hearings, and I thought he botched them spectacularly. As we witnessed Joe’s Vice Presidency under former President Barack Obama, most of us thought, well, he’s just a harmless buffoon, prone to gaffes but too unintelligent to cause severe damage. Never in my wildest dreams did I imagine he would go on to at age 79 to become the angriest, most divisive national political figure in my lifetime. He’s always seemed resentful, beneath that surgery-enhanced, strangely-smooth face and Joker-like grin, but now he is just a rage-filled megalomaniac.

He went on, and on, and on, and although the speech lasted only 24 minutes it seemed like it went on for days. “Unity!” he cries in one moment. “You are the devil incarnate!” he insists in the second:

But I’m an American President — not the President of red America or blue America, but of all America…

MAGA forces are determined to take this country backwards — backwards to an America where there is no right to choose, no right to privacy, no right to contraception, no right to marry who you love.They promote authoritarian leaders, and they fan the flames of political violence that are a threat to our personal rights, to the pursuit of justice, to the rule of law, to the very soul of this country.

Biden is rightfully worried about the midterms, where his party stands a good chance of getting creamed at the polls due to his disastrous inflationary policies. It’s understandable that he would want to make a political speech to make his case for the Democrat platform and urge his constituents to get out and vote this November. But this hateful, fear-inspiring, nasty speech was an absolute disgrace and a stain on our nation. It’s hard to tell sometimes what’s left of Joe Biden, and what’s just an addled old man just reading off a teleprompter, but this will forever define his legacy as one of the worst, most divisive presidents in our 200-plus year history.