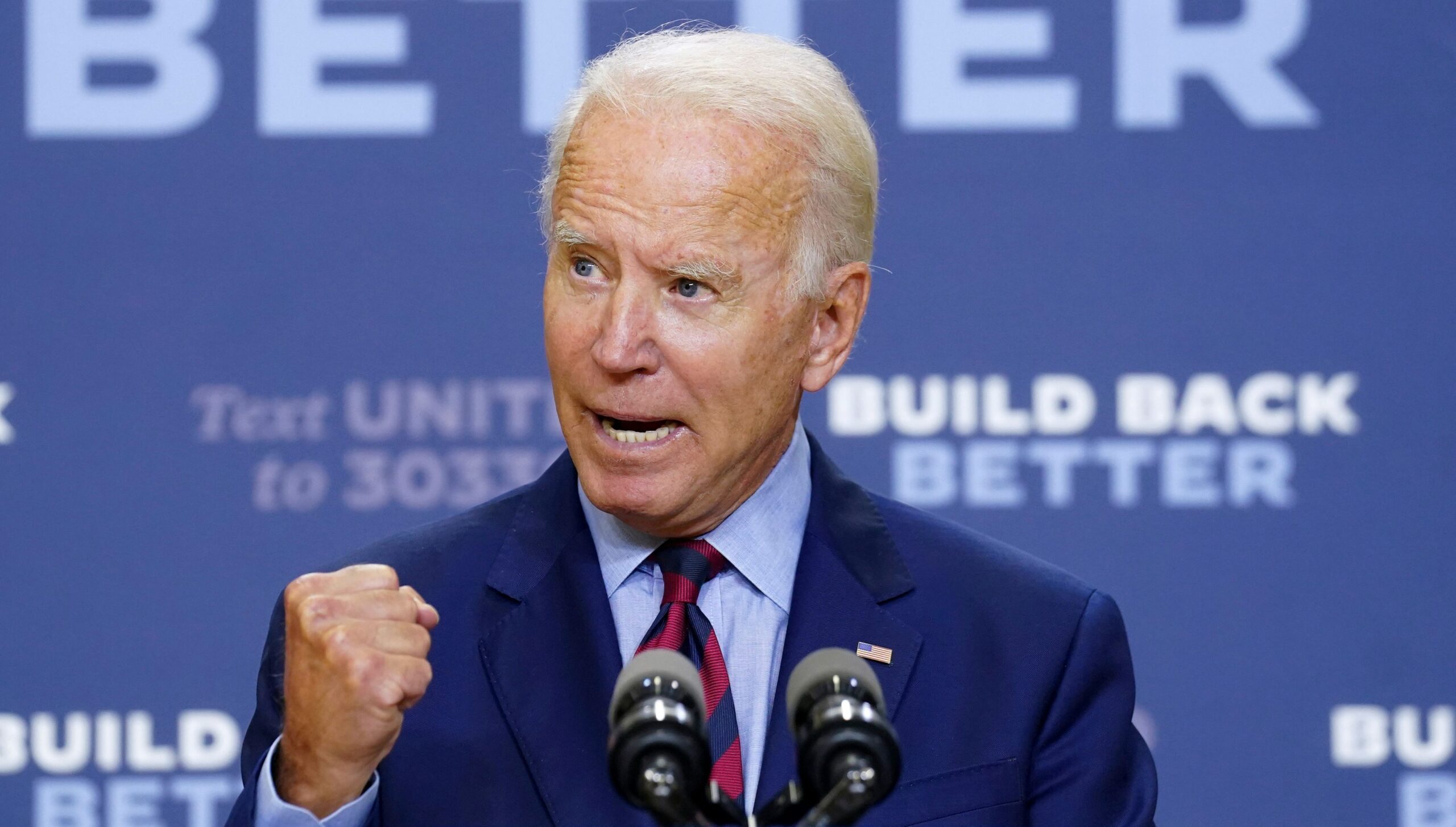 President Biden on Friday urged Congress to restore the protections of Roe v. Wade by codifying abortion rights into federal law after the Supreme Court Friday overturned the landmark decision, while urging protesters to remain peaceful and saying “violence is never acceptable.”

The president, from the White House Friday, slammed the high court’s decision to overturn Roe v. Wade, which protected “a woman’s right to choose” and “her right to make intensely personal decisions with her doctor, free from interference of politics.”

Biden said Roe v. Wade “reaffirmed basic principles of equality that women have the power to control their own destiny, and to reinforce the fundamental right of privacy.”

The president also said Roe v. Wade “was a correct decision” on a “complex matter through a careful balance between a woman’s right to choose.”

“Let me be very clear and unambiguous: the only way we can secure a woman’s right to choose—the balance that existed—is for Congress to restore the protections of Roe v. Wade as federal law,” Biden said. “No executive action from the president can do that.”

The president said voters “need to make their voices heard” in November’s midterm elections, saying they “must elect more senators, representatives who will codify a woman’s right to choose in the federal law once again.”

“Elect more state leaders to protect this right at the local level,” he said. “We need to restore the protections of Roe as law of the land. We need to elect officials who will do that.”

Biden said that this fall, “Roe is on the ballot.”

“Personal freedoms are on the ballot. The right to privacy, liberty, equality—they’re all on the ballot,” Biden said. “Until then, I will do all in my power to protect a woman’s right in states where they will face the consequences of today’s decision.”

The president said that while the Supreme Court’s decision “casts a dark shadow over large swaths of the land,” there still are “many states in this country that still recognize a woman’s right to choose.”

“So, if a woman lives in a state that restricts abortion, the Supreme Court’s decision does not prevent her from traveling from her home state to the state that allows it,” Biden explained.

“No intimidation. Violence is never acceptable,” Biden stressed. “Threats and intimidation are not speech. We must stand against violence in any form regardless your rationale.”

The president’s plea for peaceful protests come amid promises from a pro-choice extremist group, “Jane’s Revenge,” to deliver a “NIGHT OF RAGE” if the court overturns Roe v. Wade.

The group, which previously called for an “open season” against pro-life centers and has taken credit for dozens of attacks across the country, has threatened: “To our oppressors: if abortions aren’t safe, you’re not either.”

Their threats come after an armed man was charged with the attempted murder of Supreme Court Justice Brett Kavanaugh. He had told detectives he was upset over the leaked draft opinion.

On Friday, the president also said that while many are “frustrated and disillusioned that the court has taken something away that’s so fundamental, I know so many women are now going to face incredibly difficult situations.”

“I hear you. I support you. I stand with you,” Biden said.

Criticizing the conservative majority of the high court, the president said shows “how extreme it is” and “how far removed they are from the majority of this country.”

“They made the United States an outlier among developed nations in the world,” Biden said. “But this decision must not be the final word.”

Meanwhile, Biden said his administration will “use all of its appropriate lawful powers,” but urged Congress to “act with your vote.”

“You can act. You can have the final word,” Biden stressed. “This is not over.”

The ruling came in the court’s opinion in Dobbs v. Jackson Women’s Health Organization, which centered on a Mississippi law that banned abortion after 15 weeks of pregnancy. The Republican-led state of Mississippi asked the Supreme Court to strike down a lower court ruling that stopped the 15-week abortion ban from taking place.

“We end this opinion where we began. Abortion presents a profound moral question. The Constitution does not prohibit the citizens of each State from regulating or prohibiting abortion. Roe and Casey arrogated that authority. We now overrule those decisions and return that authority to the people and their elected representatives,” Justice Samuel Alito wrote in the court’s opinion.

Alito’s opinion began with an exploration and criticism of Roe v. Wade and its holding that while states have “a legitimate interest in protecting ‘potential life,” this interest was not strong enough to prohibit abortions before the time of fetal viability, understood to be at about 23 weeks into pregnancy.

“The Court did not explain the basis for this line, and even abortion supporters have found it hard to defend Roe’s reasoning,” Alito wrote.

Breyer, Kagan and Sotomayor dissented, writing that Roe and Casey “understood the difficulty and divisiveness of the abortion issue,” and by overturning the landmark Roe v. Wade ruling, a woman “has no rights to speak of.”

“The Court knew that Americans hold profoundly different views about the ‘moral[ity]’ of ‘terminating a pregnancy, even in its earliest stage,'” they wrote. “And the Court recognized that ‘the State has legitimate interests from the outset of the pregnancy in protecting’ the ‘life of the fetus that may become a child.'”

“So the Court struck a balance, as it often does when values and goals compete,” they wrote. “It held that the State could prohibit abortions after fetal viability, so long as the ban contained exceptions to safeguard a woman’s life or health.”

“Today, the Court discards that balance,” they wrote. “It says that from the very moment of fertilization, a woman has no rights to speak of.”

“With sorrow–for this Court, but more, for the many millions of American women who have today lost a fundamental constitutional protection–we dissent,” they wrote.

Meanwhile, the president directed his administration to protect a woman’s access to medications that are approved by the Food and Drug Administration (FDA)  and contraception, which, he said, “is essential for preventative health care.”

“I’m directing the Department of Health and Human Services to take steps to ensure these critical medications are available to the fullest extent possible,” Biden said. “And the politicians cannot interfere in the decisions that should be made between a woman and her doctor.”

He added: “My administration will remain vigilant as the implications of this decision play out.”

With the decision to overturn Roe v. Wade, Biden said: “This is extreme and dangerous path the court is now taking us on.”

Maxine Waters Explodes After SCOTUS Abortion Decision: “To Hell with the Supreme Court, We Will Defy Them!”