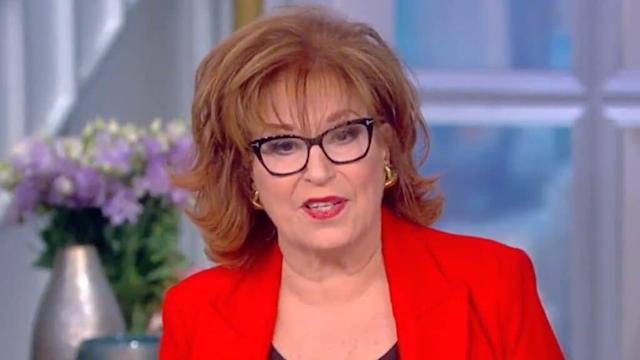 Joy Behar declared Tuesday on ABC’s “The View” that the Republican Party had become the “party of insurrection, revolt, and violence.”

Discussing the RINO hunting campaign ad from GOP Missouri U. S. Senate candidate Eric Greitens, co-host Whoopi Goldberg said, “Threatening a government official is a felony, and this is a veiled threat. People have been calling folks RINO for years, so any number of people can be under this threat.”

Behar said, “The Republican Party has become the party of insurrection, revolt, and violence. They don’t make any bones about it anymore. This guy, you didn’t see the ad, which I saw on CNN, it’s quite violent, and they’re acting like it’s funny. The democrats have the DINOs, the Democrats in name only, you could say Manchin and Sinema. You don’t see us threatening their lives. The Democrats aren’t the party of violence. Look, I don’t want to say it again because I’m starting to sound like a broken record. You cannot vote for Republicans in the next election. You lose the country. I’m warning everybody. I’m afraid it’s true.”

Co-host Sunny Hostin said, “I have to say if you look at the stats, most extremist violence in the U.S. does come from the political right. In the past decade, the ADL, the Anti-Defamation League, has counted about 450 U.S. murders committed by political extremists. Of those 450 killings, right-wing extremists committed about 75%.”