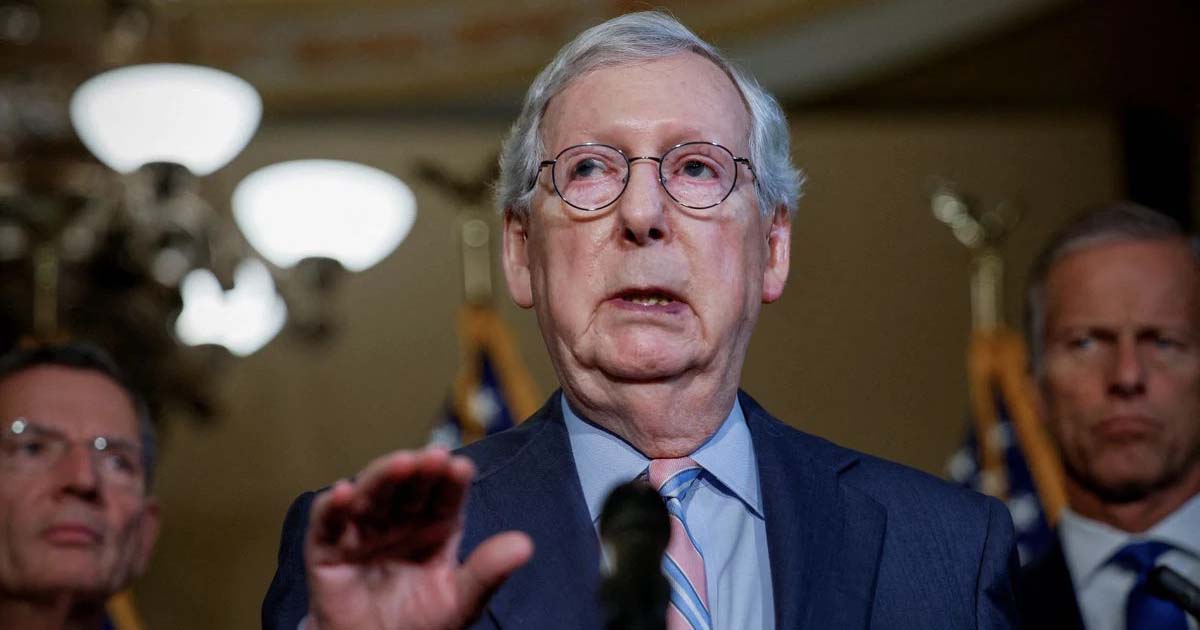 “Much of the financial support from the Senate Leadership Fund has been used for malicious political attack ads targeted at our endorsed candidate, Kelly Tshibaka, that are gross distortions of fact,” the Alaska GOP’s resolution said on Monday evening, referring to McConnell’s fund. “We request the Senate Leadership Fund immediately stop the attack ads against Kelly Tshibaka and discontinue the support of all other opposing candidates.”

The resolution passed 49–8, according to local media. Reports also indicated that McConnell’s fund has spent $5 million targeting Tshibaka with attack ads in a bid to help Murkowski.

Tshibaka is endorsed by both the Alaska Republican Party and former President Donald Trump. She’s currently running against Murkowski, who voted to impeach Trump last year and was censured by the Alaska GOP for that decision.

“Mary is a woman whose heart is as grounded in Alaska as anybody you’re going to find,” Murkowski told reporters on Friday.

On Monday, Tshibaka accused McConnell of making fabricated claims against her in order to get more Alaskans to vote for Murkowski. The incumbent senator, she added, would be a “key ally” for President Joe Biden in the Senate.

“The millions of dollars Mitch McConnell is spending on lies about me could be put to better use in other states where a Republican has a chance to beat a Democrat,” she said Monday. “And the Alaska Republican Party has just told him to butt out of our state.”

Tshibaka added that “Murkowski cares more about her standing in D.C. social circles than she does about the people in Alaska she’s supposed to represent.”

Earlier this year, McConnell drew headlines when he proclaimed that Republicans have a 50 percent chance of recapturing the Senate. Weeks before that, he suggested that GOP nominees lack “candidate quality,” drawing ire from Trump, who said that the Senate leader should be voted out.

Alaska’s November 2022 election has a ranked-choice process in which a candidate needs over 50 percent of the vote to win. Murkowski and Tshibaka are the two front-runners.