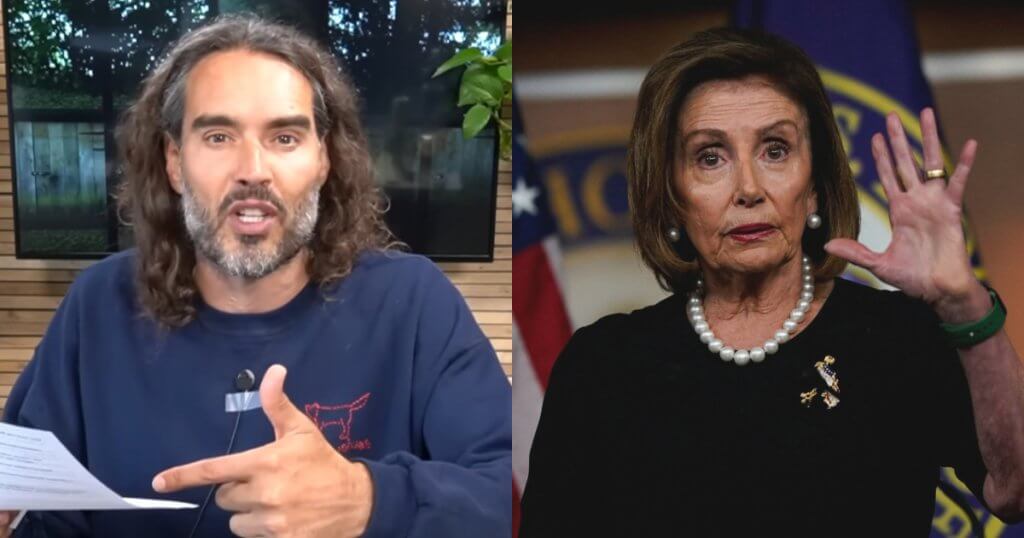 A British actor/comedian-turned-YouTuber accused House Speaker Nancy Pelosi (D-Calif.) of profiting from her husband’s stock trades, based on insider information.

Russell Brand published a video titled, “You’ve Gotta Be F*cking Kidding Me”, to his YouTube channel questioning whether the Pelosi family is illegally profiting from insider trading.

“Are members of Congress, such as Nancy Pelosi, becoming rich because they are lucky, or is it because they have access to insider trading information that they then give to their husbands who trade on the stock market?” Brand asked. “Today we’re talking about Nancy Pelosi and the stock market. She has been confronted with the grim truth that possibly some people believe that Nancy Pelosi’s trading deals, or the Pelosi family’s trading deals, are somewhat benefiting from Nancy Pelosi’s insider information.”

Paul Pelosi exercised call options to buy 20,000 common shares of computer chip designer Nvidia at $100 per share June 17, according to a House financial disclosure form. A call option is a bullish bet that a stock will increase in value before the option expires. Nvidia stock closed at $156.48 on June 17, according to Yahoo Finance, which has risen to its Friday closing value of $181.63 per share.

When Mr. Ryan exercised his options to buy 20,000 shares of the graphic chip design company in June, his cost was $2 million — not counting any transaction fees. The current value of those shares is $3.63 million, which means the Pelosi family made a $1.63 million profit within 90 days.

Nancy Pelosi ranked as the eighth-biggest securities trader last year among Congress members based largely on her husband buying $12 million in shares while selling none, according to a January MarketWatch report citing a Capitol Trades analysis of financial disclosures filed by members.

The $52 billion public subsidy of chip manufacturers has passed both legislative bodies and awaits President Joe Biden’s signature. He will probably wait until his isolation due to COVID-19 protocol ends so he can preside over a bill-signing ceremony.