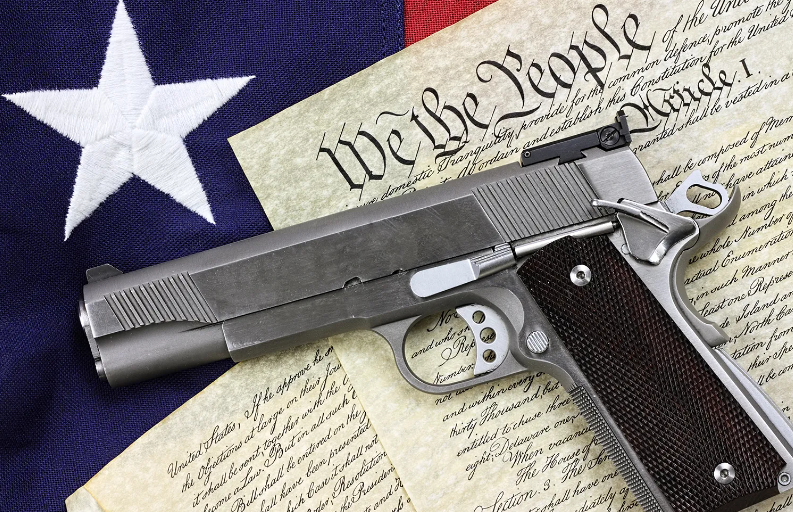 Ten House Republicans voted “yes” to raise the age requirement for purchasing a semi-automatic rifles from 18 to 21 — part of a sweeping Democrat-led gun-control package that would also ban high-capacity magazines and implement safe storage requirements, among other things.

House Republican leadership called on members to oppose the broader legislation, calling it a “reactionary package … that egregiously violates law-abiding citizens’ 2nd Amendment rights” and accusing Democrats of making “little to no effort to engage Republicans” on the substance of the issue.

Minority Whip Steve Scalise (R-LA) did leave room for Republicans to vote in favor of individual measures within the package, however, despite opposing the final, more comprehensive package.

“We know some members of our caucus who support some of those components,” he explained.

The larger package ultimately passed the House 223-204, with the full support of only five Republicans: Kinzinger, Fitzpatrick, Upton, Gonzalez, and Jacobs. Fitzpatrick is the only one of the five who could face repercussions for his vote in November’s midterm election, however, as the other four have already announced that they will not seek reelection.

Two Democrats — Kurt Schrader (OR) and Jared Golden (ME) — voted no on the package.

The Senate is where the package is likely to face the most opposition, however, especially since two Democrats — Sens. Joe Manchin (WV) and Kyrsten Sinema (AZ) — have both said on numerous occasions that they would not sign on to any measure that altered or did away with the filibuster.

But at least as far as raising the required age for semi-automatic rifles, the Democrats already appear to have one Republican on board: Senator Mitt Romney (R-UT).