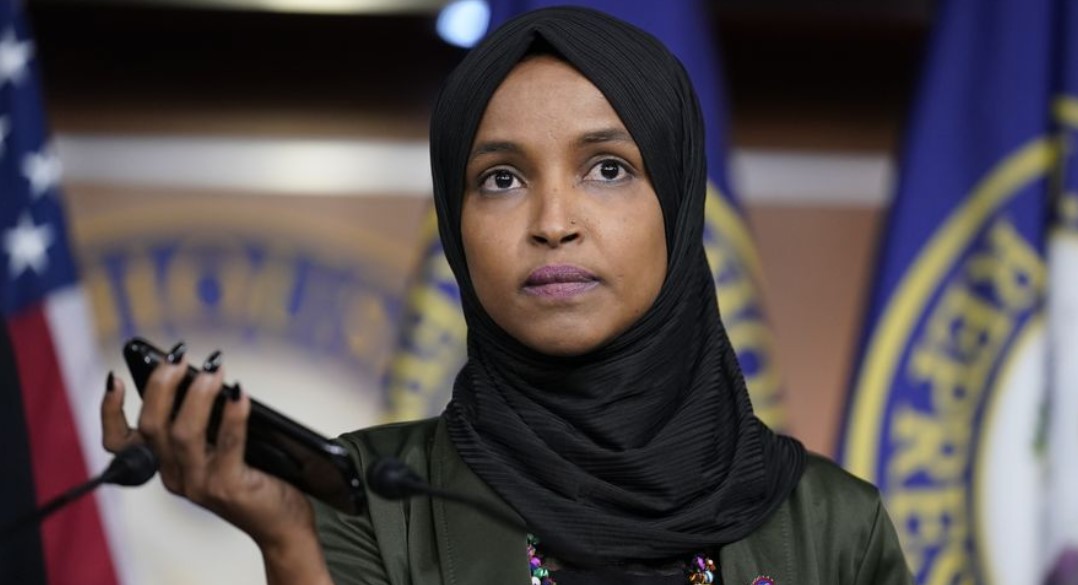 Rep. Ilhan Omar may not be as popular as the media would have us believe.

Members of the far left squad gt treated like rock stars on CNN and MSNBC but Ilhan Omar actually got booed at a music concert in Minnesota this weekend.

And it was specifically a Somali event. It’s kind of surprising that this happened to her.

Somali music festival boos Ilhan Omar in Minnesota: ‘Get the f— out of here’

A viral video shows Rep. Ilhan Omar, D-Minn., arriving to a chorus of jeers and booing at a mostly Somali crowd in her homes state over the July 4th weekend.

Omar, 39, made an appearance at the concert featuring Somali singer Soldaan Seraar at the Target Center in Minneapolis on Saturday night, but not everyone was happy to see her.

Omar shared a 14-second clip of her and husband Tim Mynett walking out on stage, but longer videos – which circulated around social media – include people chanting “get out!” and telling the Democrat to “get the f— out of here.”

The videos do not show what prompted such a strong response, but Newsweek reported that some have blamed Omar’s support for abortion and LGBTQ rights for the backlash.

Omar was one of the representatives to appear at pro-choice rallies in Washington, D.C. following the Supreme Court’s decision to overturn Roe v. Wade on June 24.

Check out the videos below:

You won’t see any of that on CNN.

This is an excerpt from American Lookout.

Pelosi Refuses to Explain Her Role in Jan. 6 Riots — Instead Her Spokesman Releases Smart-Aleck Remarks — What Is She Hiding?